Over the last three years, a total of 370 new controller positions have been approvedThe 114 candidates for air traffic controllers positions that passed the last public call carried out by ENAIRE in 2017 are already choosing their destination to continue with their training at the air traffic control centre or tower where they will provide service.

This percentage rise in the control staff driven by ENAIRE over the last three years exceeds air traffic evolution, which has grown for four consecutive years since 2014, but the peak reached in 2007, after which the number of flights dropped as a result of the crisis, had not been surpassed until 2017. 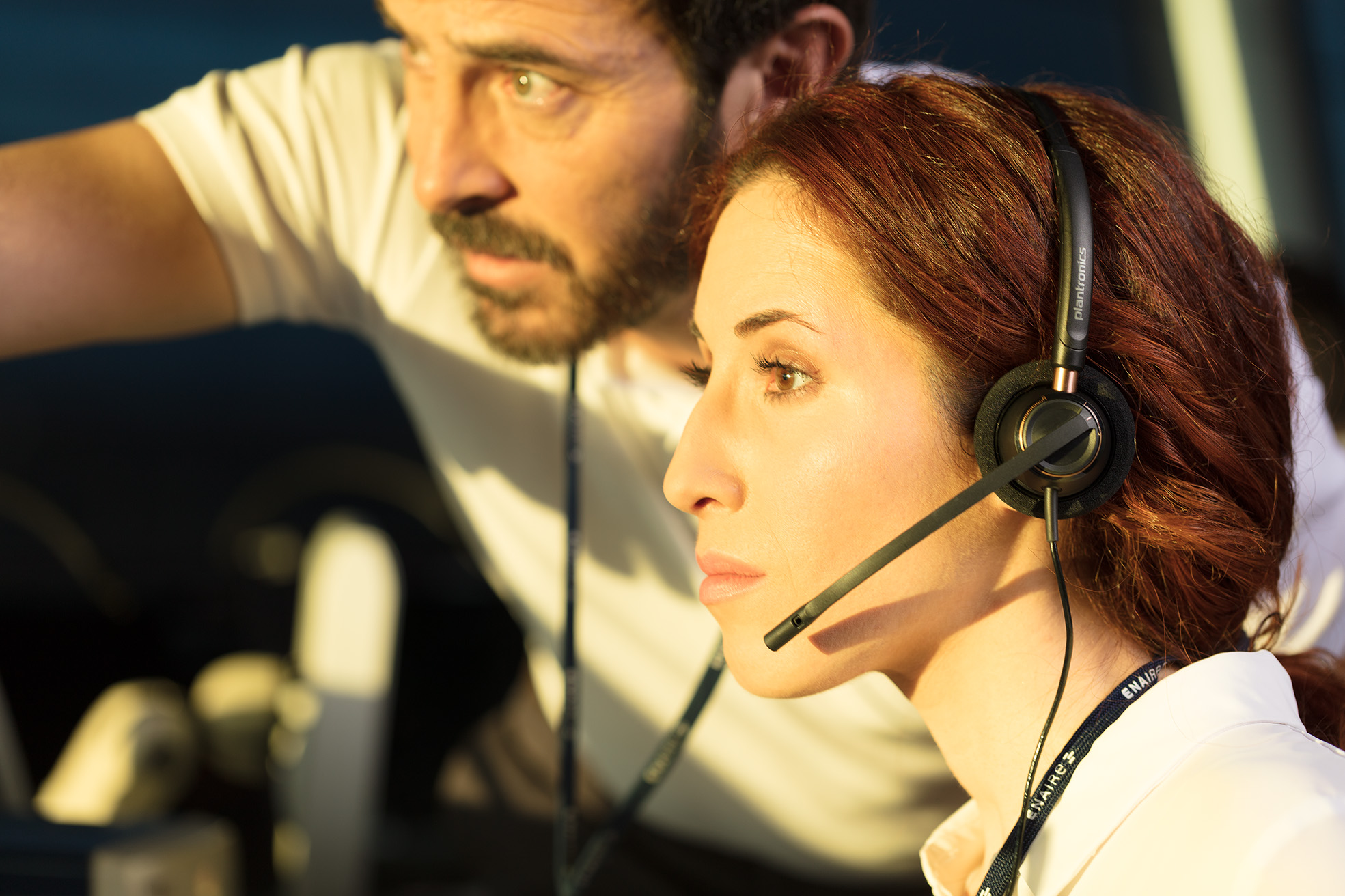 Background information: evolution of staff numbers between 2012 and 2014

Between 2012 and 2014 ENAIRE's staff remained stable, if we take into account that during this period a total of 189 air traffic controllers were transferred mainly from control towers to control centres. Most of them arrived from the liberalisation of the aerodrome control service provided in 12 control towers.

To all of this was added the positive effect from the advances made in terms of efficiency, the implementation of the Platform Management Service in Adolfo Suárez Madrid-Barajas Airport or the Excellence Plan for the tower of Barcelona-El Prat Airport.

Consequently, while in 2011 ENAIRE provided an aerodrome control service in 37 towers, it is currently providing it in 22 and during that period, 189 air traffic controllers were incorporated, de facto, as a result of the liberalisation processes.

Additions for the summer

As a result of the call carried out in 2016, ENAIRE will have incorporated a total of 109 air traffic controllers up to August of this year, which involves a net increase of 6.5%, taking into account the operational workforce in 2018 after retirements.

Fifty of these controllers will be fully trained and operative before August, and another 34 will be so before the end of the year, representing a 5% increase in operational staff in 2018.

A welcoming session was held today in ENAIRE's headquarters for the air traffic controllers that passed the 2017 call with the aim of informing them about the process until they fill in their positions and about the professional development they will have access to once they are hired.

ENAIRE's Strategic Plan includes the roadmap to follow during the 2017-2020 period and focuses on the staffing requirements of air traffic controllers for the upcoming years, by using as a reference the growth of air traffic, the improvement of the air space's efficiency, and the challenges posed by the Single European Sky and technological modernisation.

The public corporate entity ENAIRE is a company designated by the ministry of public works to manage the fourth largest airspace in Europe in terms of traffic through 5 control centres, 22 control towers and a network of air traffic infrastructure and equipment. In 2017 the air traffic managed by ENAIRE transported over 250 million passengers in 2 million flights.