ENAIRE is a pioneer in the implementation of satellite navigation systems, posited on its extensive experience in conventional navigation service provision. We are Europe's second-largest supplier and the fourth largest in the world to put GBAS (Ground-Based Augmentation System) technology at the service of air carriers, pilots and airport managers to guide aircraft with maximum precision in the final approach to the airport. 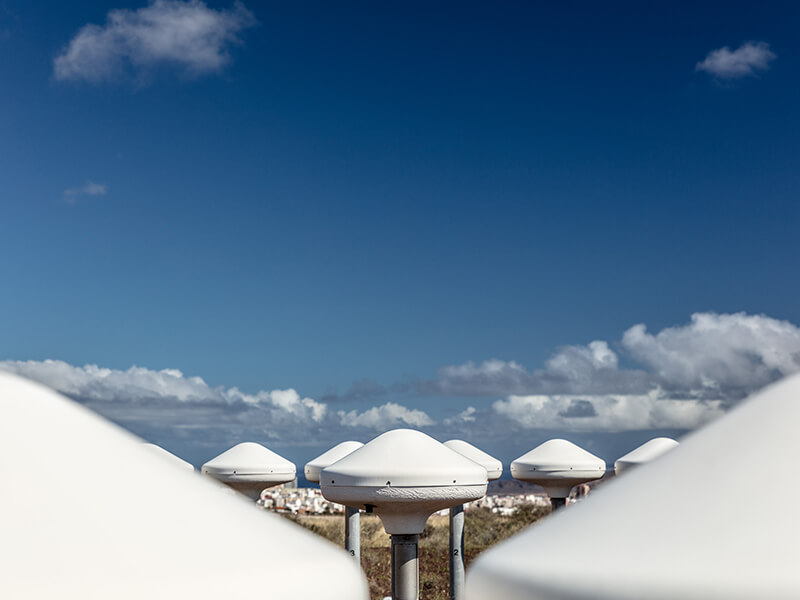 As a support for the implementation of Performance-Based Navigation (PBN), ENAIRE has a comprehensive GNSS (Global Navigation Satellite System) performance and interference monitoring network at various airports.

As a conventional air navigation infrastructure, ENAIRE has a navaid network that provides support to en-route, approach and aerodrome guidance for all traffic flying in the Spanish airspace:

With this equipment and infrastructure and a highly qualified team, ENAIRE provides the following services: