Free route airspace (FRA) is a designated airspace volume where airspace users may plan flight routes freely between designated points, with few restrictions and without the need to stick to airways or predefined direct segments.

It is only applicable during flight planning phase. After a flight plan has been filed and approved, the operation is subject to its approved flight plan and, when applicable, to ATC clearances. 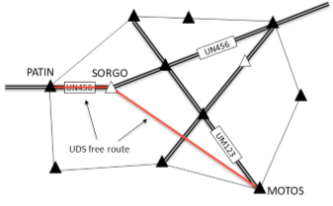 HISPAFRA is the official designator of Spanish FRA. It is composed of two cells: 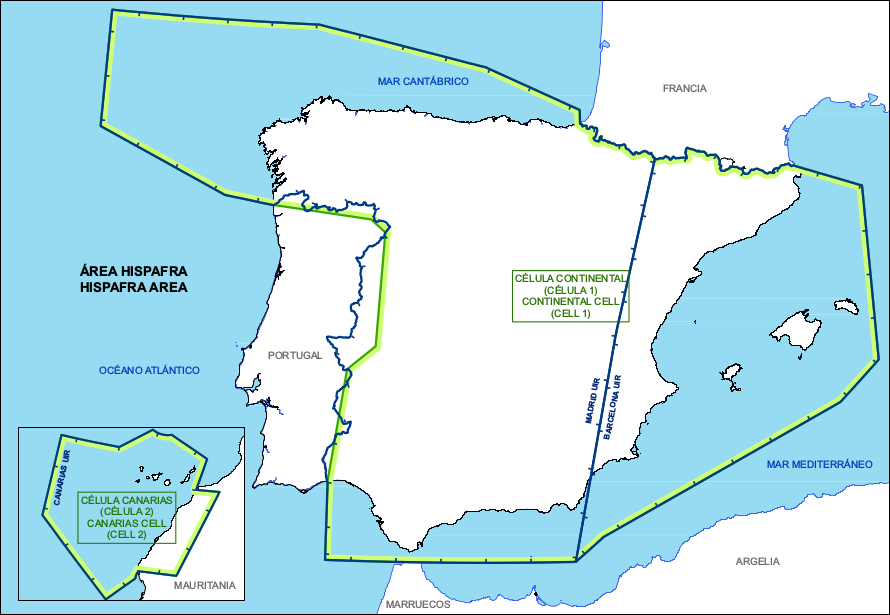