The A6 Alliance brings together the leading ANSPs (ENAIRE, DFS, NATS, DSNA, ENAV, COOPANS and PANSA/B4) to coordinate their activities in SESAR and adopt initiatives within the Single European Sky development framework to boost their weight in European Commission regulatory processes. A6 was established in June 2011 with the signing of a memorandum of cooperation.

In July 2015 the A6 members updated the memorandum because of new activities and emerging services that reached beyond the initial sphere of action (SESAR 1) and brought new members onboard (the COOPANS alliance and the B4 consortium led by PANSA).

Specifically, the updated memorandum covers greater cooperation in other areas, such as the SESAR 2020 programme (continuation of SESAR 1) and the SESAR deployment phase (managed by the SESAR Deployment Manager, or SDM) and other services that could be provided such as NewPENS, datalink services, SWIM, surveillance services, etc.).

Civil Air Navigation Services Organisation, established in 1996 and of which ENAIRE is a founding member. It is the instrument for the common coordination of positions and strategies of civil ANSPs. ENAIRE participates in:

The principal planned activities are those arising from the conclusions of the 39th ICAO assembly meeting described in the Air Navigation Global Plan and in particular those of the EUR/NAT region that Spain belongs to, as well as FIT (FANS 1/A Interoperability Team) and SAT (information coordination meeting for ATS improvement over the South Atlantic) meetings in the field of improved safety and efficiency of operations in the South Atlantic air corridor which crosses the Flight Information Regions of Canaries, Dakar Oceanic, Recife and Sal Oceanic. 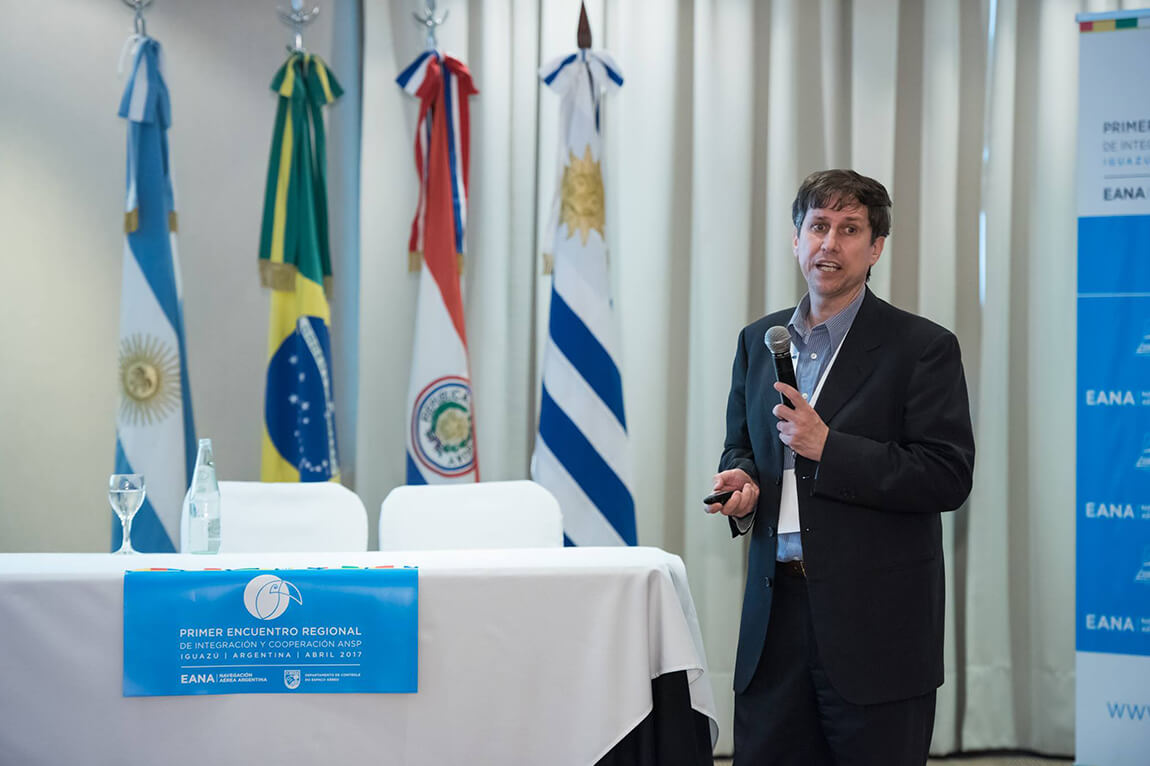