The Single European Sky is a reglementary initiative launched by the European Commission in 2004 to reform the architecture of European ATM, promoting its evolution towards a more efficient air transport system. 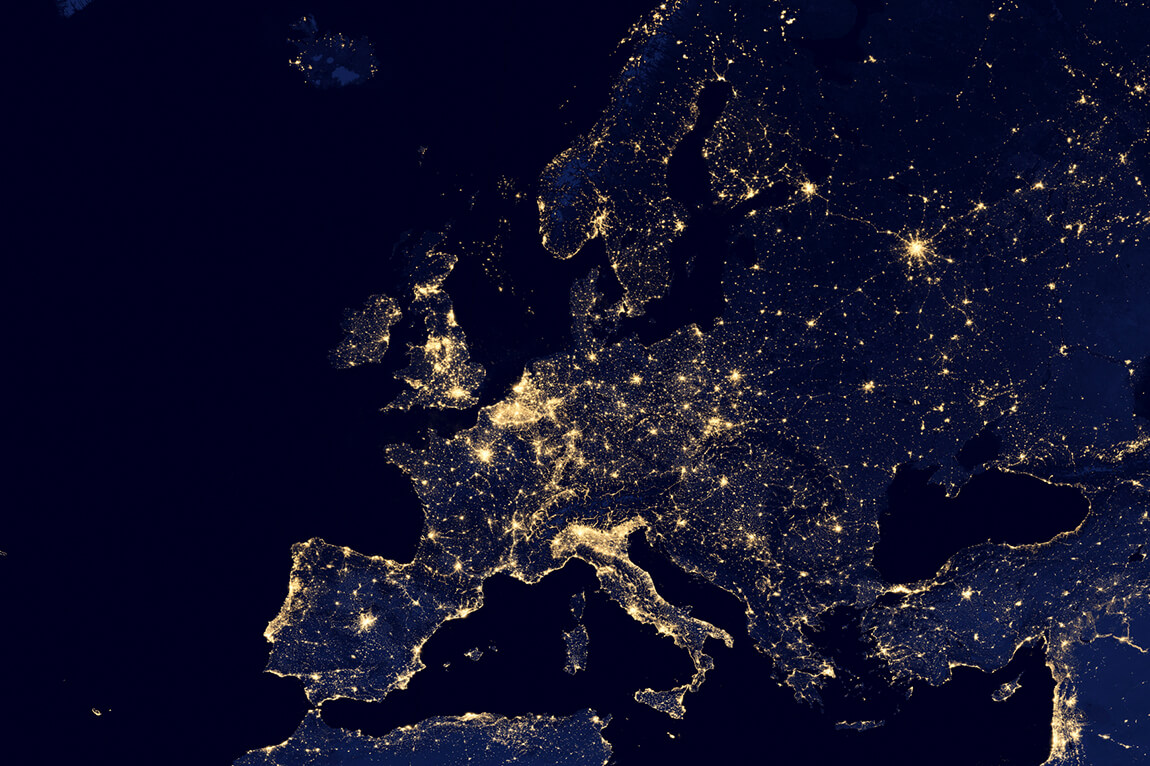 SES objectives include harmonisation and improved efficiency in ANS provision across the European Union by boosting air-control capacity, shoring up safety, reducing the fragmentation of the European airspace, enhancing the integration of the military sphere in our skies and facilitating the introduction of new technologies.

ENAIRE has become a project heavyweight since its establishment, spearheading a number of programmes and boosting our presence and reach across international forums.

The core initiatives of the Single European Sky project include:

The SESAR 2020 R&D programme has been articulated in two subphases, called respectively Wave 1 and Wave 2. In this framework, together with its affiliates and associates and the other SJU members, ENAIRE will work on the projects awarded to it as a result of bids submitted to Wave 1 (2016-2019) and those it will be awarded in the future in Wave 2, tweaking its strategy in line with iTEC (the future flight data and control position processing system that it is the upshot of cooperation between ENAIRE, German provider DFS and Britain’s NATS) plans and strategies and coordinating its participation with the other A6 ANSPs.

Following the bid selection process for SESAR 2020 Wave 1, ENAIRE was selected to engage in the implementation of 19 large-scale R&D projects and demonstrations needed to deliver the most advanced service levels established in the European ATM Master Plan.

As a member of the SDA Consortium, ENAIRE engages in the synchronisation of the implementation and deployment of SESAR projects which will enjoy a Community subsidy for the 2014-2020 period of between €2 and €2.3 billion (Connecting Europe Facility funds).

ENAIRE’s participation in deployment management helps develop the internationalisation process of its activity, bringing to its service portfolio experience that it can leverage for future development opportunities.

Strategically it makes it possible to contribute to the definition and evolution of the SES Deployment Programme, therefore minimising the impact on the organisation’s investment plans.

Major progress has been made in this field of collaboration, including the preparation of the SW FAB Operational Board Common Plan (SW FAB OB CP), first presented to the European Commission on 25 November 2013 and which is an exhaustive technical/operational compendium of the principal projects of action aligned with SW FAB compliance with the obligations arising from the implementation of the FABs.

The SW FAB 2015-2019 Performance Plan (SOWEPP) has also been prepared by Spain and Portugal in compliance with Regulation (EU) 390/2013. It contains the objectives and associated actions that SW FAB is committed to and is the cornerstone of the monitoring and control activities performed by the European Commission and the Spanish supervisory authority AESA and its Portuguese counterpart ANAC both at the FAB and national levels.