ENAIRE, the main provider of air navigation services in Spain, has co-organised together with Everis Aerospacial, Defensa y Seguridad and the support of Airmap, a drone airshow integrating U-Space traffic management  and conventional air traffic systems.

The drone, operated by Everis, were flown in Camarenilla (Toledo), whereas exercise coordination among the different actors was performed from the Wanda Metropolitano Stadium in Madrid, in one of the most advanced demonstrations carried out in Europe so far on U‑Space, the European vision of the UTM concept, by which autonomous unmanned aircraft systems (or drones) receive traffic management services in an automated fashion. 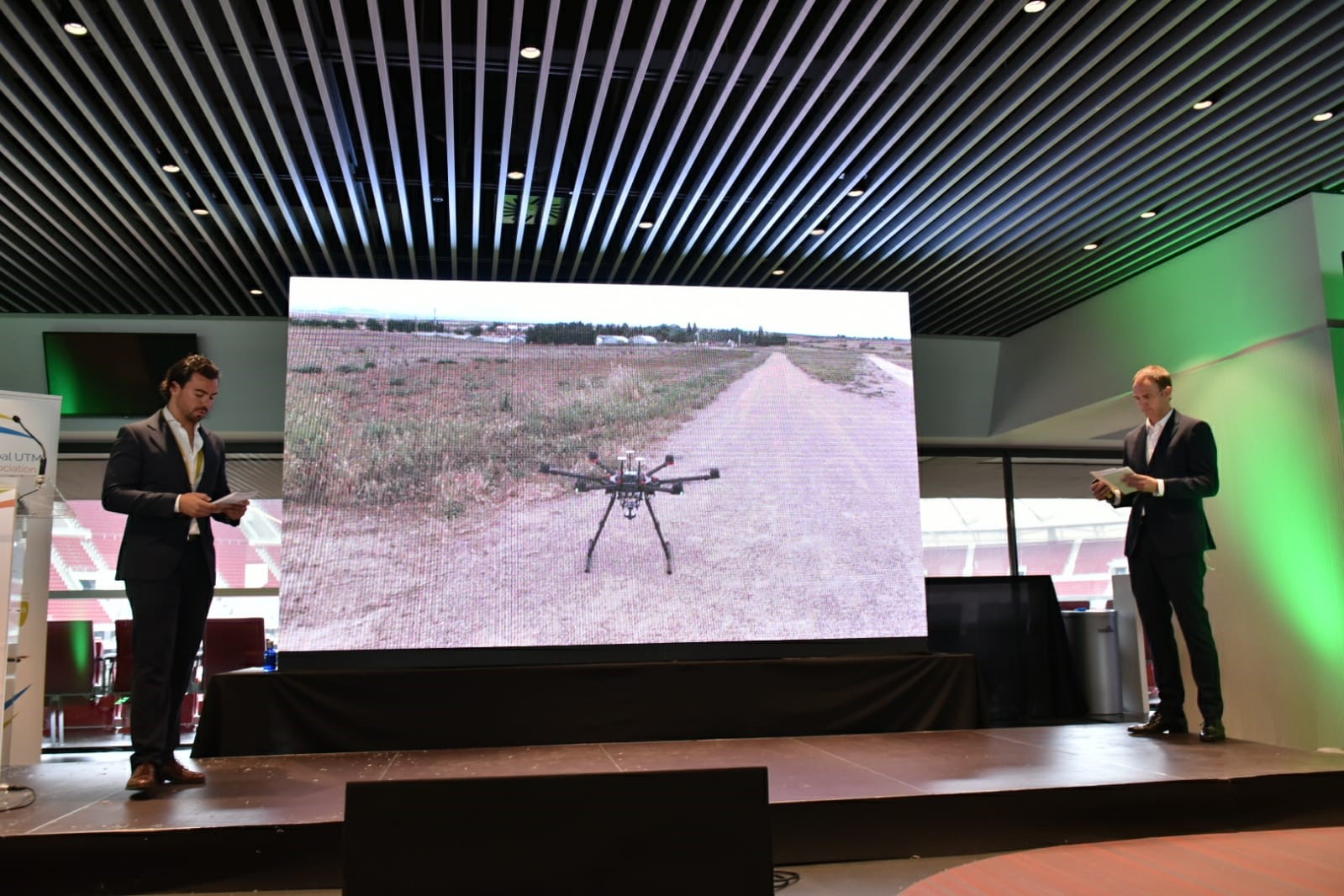 U-space tactical geofencing service was successfully demonstrated when flying the drones. By virtue of geofencing, drone flights are forbidden to enter in certain areas, limiting drone operations to permitted airspace. It was demonstrated the immediate automatic creation of these forbidden areas in the U-space application developed by AIRMAP in response to aeronautic notifications (NOTAM) requesting such reserved areas, issued through ENAIRE systems to the rest of airspace users.

Other proofs of concept were conducted and demonstrated by connecting the U-Space traffic management system with ENAIRE's air traffic control systems to learn from drone tracks in real time. In an emulation of an emergency evacuation using a synthetic helicopter, such integration allowed the tactical creation of a geofence to free from operating drones the operations area. It did also make happen an air traffic control procedural warning to the helicopter pilot from an off the course drone out of the U-space cage.

The exhibition was supported by a pseudo‑pilot located in ENAIRE's Experimental Demonstration Centre for the simulation of helicopter flight, an air traffic controller operating the Spanish Air Traffic Management System SACTA in the Wanda Metropolitano Stadium, and drones operated by Everis in the Aerodrome of Camarenilla. 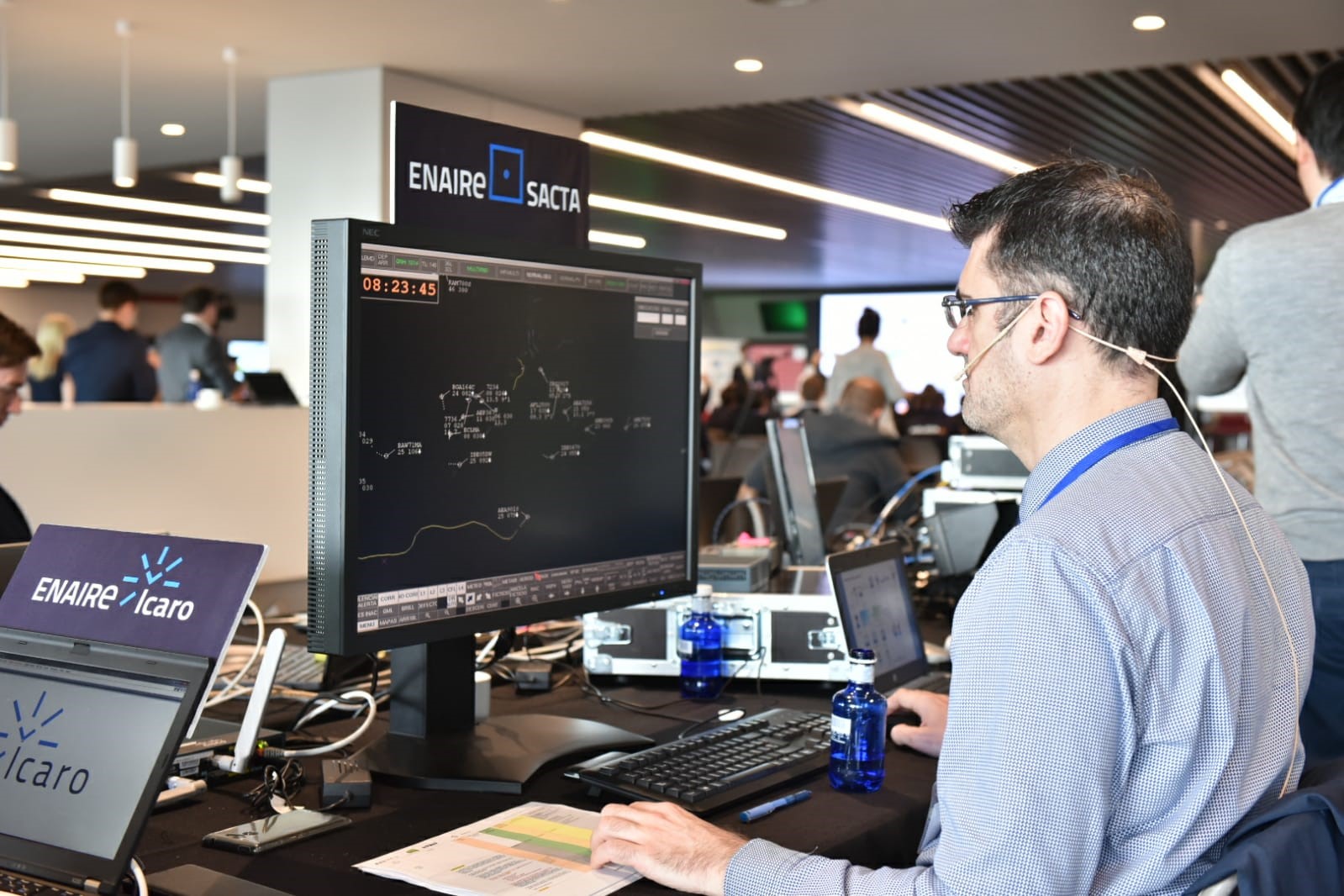 This exercise showed the vital importance of the interface between air traffic control and the future U-Space drone traffic management systems, enabling its integration with the conventional air traffic managed by air navigation service providers. In this regard, ENAIRE is working towards achieving a safe integration of all airspace users on the basis of a commitment to foster the new UTM/U-Space paradigm of providing automatic air traffic management services for autonomous drones operating at low altitudes, and is to play a key role and be an indispensable element in the future development and deployment of an interoperable U‑Space ecosystem in Spain. 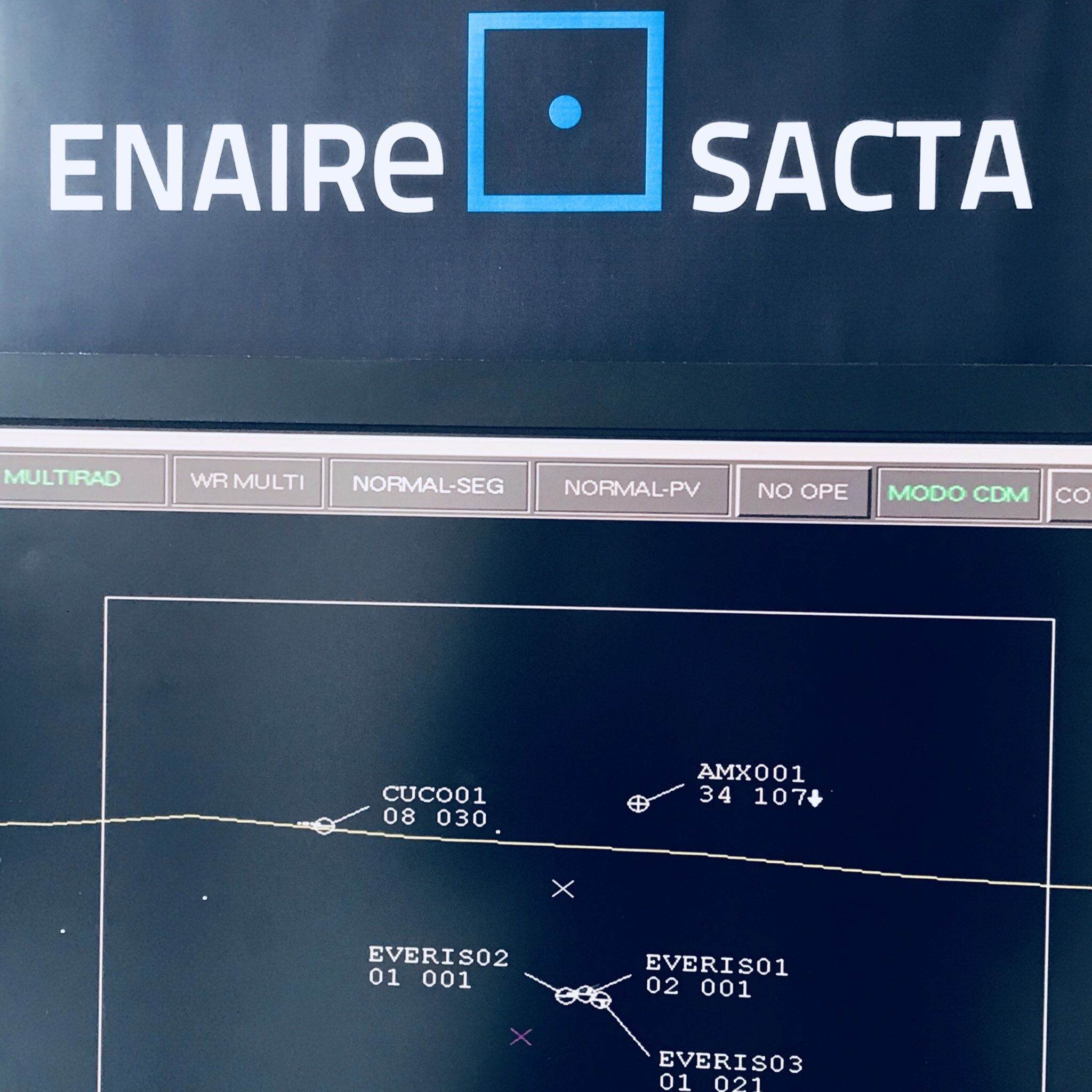 The challenge of the exercise for its high complexity and degree of innovation both in terms of technical development and live execution, has also showed ENAIRE’s capabilities and skills for the further different European U-space initiatives and ventures it is embarking on at both national level and in the framework of SESAR.

The Global UTM Association (GUTMA), with headquarters in Lausanne (Switzerland), is the most important worldwide association committed to the development of the UTM concept, and the European UTM variant known as U-Space, where drone traffic will be managed automatically, in a first phase, up to an altitude of 150 metres, thus facilitating drone operations in high density urban environments.

ENAIRE is a public entity that reports to the Spanish Ministry of Public Works. ENAIRE manages, through its 5 control centres, 21 control towers and a network of aeronautical infrastructure and equipment, the fourth largest airspace in Europe in terms of traffic volume. The air traffic managed by ENAIRE transports over 250 million passengers in 2 million flights per year.