The State Secretary for Infrastructure, Transport and Housing, who is also ENAIRE’s President, has announced the imminent publication of a new call for 134 ENAIRE air traffic controller positions. Its publication in the BOE (State Official Gazette) is planned for 2 November and candidates can apply up to the 23rd.

Pedro Saura announced the call during the signing of the National Collective Agreement between ENAIRE and USCA (Spanish Union of Air Controllers):

- It incorporates a new wage bill and productivity model linked to the fulfilment of objectives. 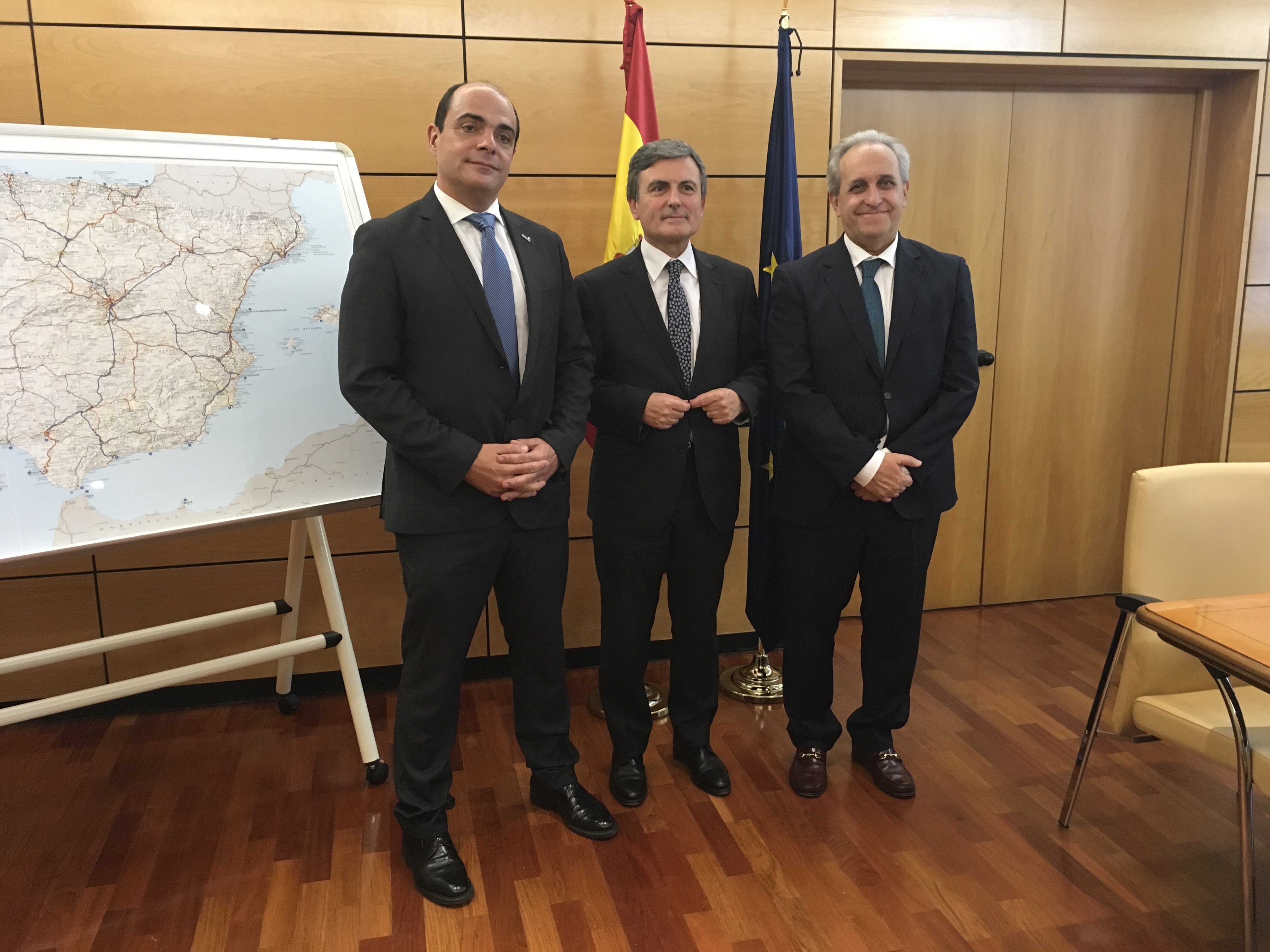 Pedro Saura: “It is excellent news for the Spanish air navigation system, for all the links of the air transport's value chain and for the general interest.”

The State Secretary, who is also ENAIRE's President, officiated over the signing (performed by ENAIRE's Managing Director, Angel Luis Arias, and the USCA's chairman, Pedro Gragera) and considers that “it is excellent news for ENAIRE, passengers, airline companies, Aena, air transport, the tourism industry and the general interest.”

Saura expressed his satisfaction for the exercise in responsibility and the constructive dialogue, whilst being conscious of the need to address in optimal conditions the challenge posed by the growing traffic and to manage air navigation with the highest standards of security, quality, efficiency and productivity within the demanding framework of the Single European Sky.

ENAIRE has committed to add 420 new controllers to its staff until 2025 (taking into account retirements, leaves and active reserve), which will entail a net increase of employees by 21.3%, that is, from 1,974 controllers to 2,394.

This significant increase of new controllers will involve a remarkable rejuvenation of the staff and will provide further flexibility in the coverage of services, as well as establish a better work-life balance.

- This staff increase is due to the projected growth of air traffic carried out by ENAIRE and the need of implementing the operational and technical projects set forth in the Airspace Capacity and Efficiency Plan included in the 2020 Flight Plan (ENAIRE's Strategic Plan), as well as the requirements stemming from the Single European Sky regulations.

The new wage bill and productivity model, which is goal-oriented and rewards efficient work, is in line with the models in force in the General Administration of the State and its Public Companies.

The parties agree that there is a need to continue improving the conditions, both of new controllers (that is, those that joined ENAIRE after 2010) and older controllers, and matching the amounts received by both based on productivity. In this regard, ENAIRE also commits to carrying out the necessary analyses in order to level the remuneration of good will hours (included in productivity) and overtime.

The main benefits stemming from this agreement will be the better quality of services and further efficiency and competitiveness in ENAIRE. Besides the staff, wage bill and productivity, other relevant aspects were addressed during the negotiation, such as the improvement of the work conditions, life-work balance, professional development and training; the modernisation of the technological systems; and the digital transformation.

And from this point onwards, the new Collective Agreement’s negotiation

Despite the effective application of all these measures involving a substantial modification of the current 2nd Collective Agreement and its effective period terminating on 31 December 2020, the parties have committed to negotiate the 3rd Collective Agreement, with the willingness of reaching an agreement before 30 June 2019. For this purpose, a negotiating table will be constituted, whose first task will be to identify and establish all the matters subject to negotiation.

ENAIRE is the company belonging to the Public Works Department that handles air navigation in Spain. ENAIRE is the main supplier of air traffic control services in our country and the fourth largest in Europe. It renders aerodrome control services at 21 airports, including the 5 busiest in terms of air traffic. In 2017, ENAIRE operated 1.99 million flights to and from four continents (Europe, America, Asia and Africa), transporting 284 million passengers.