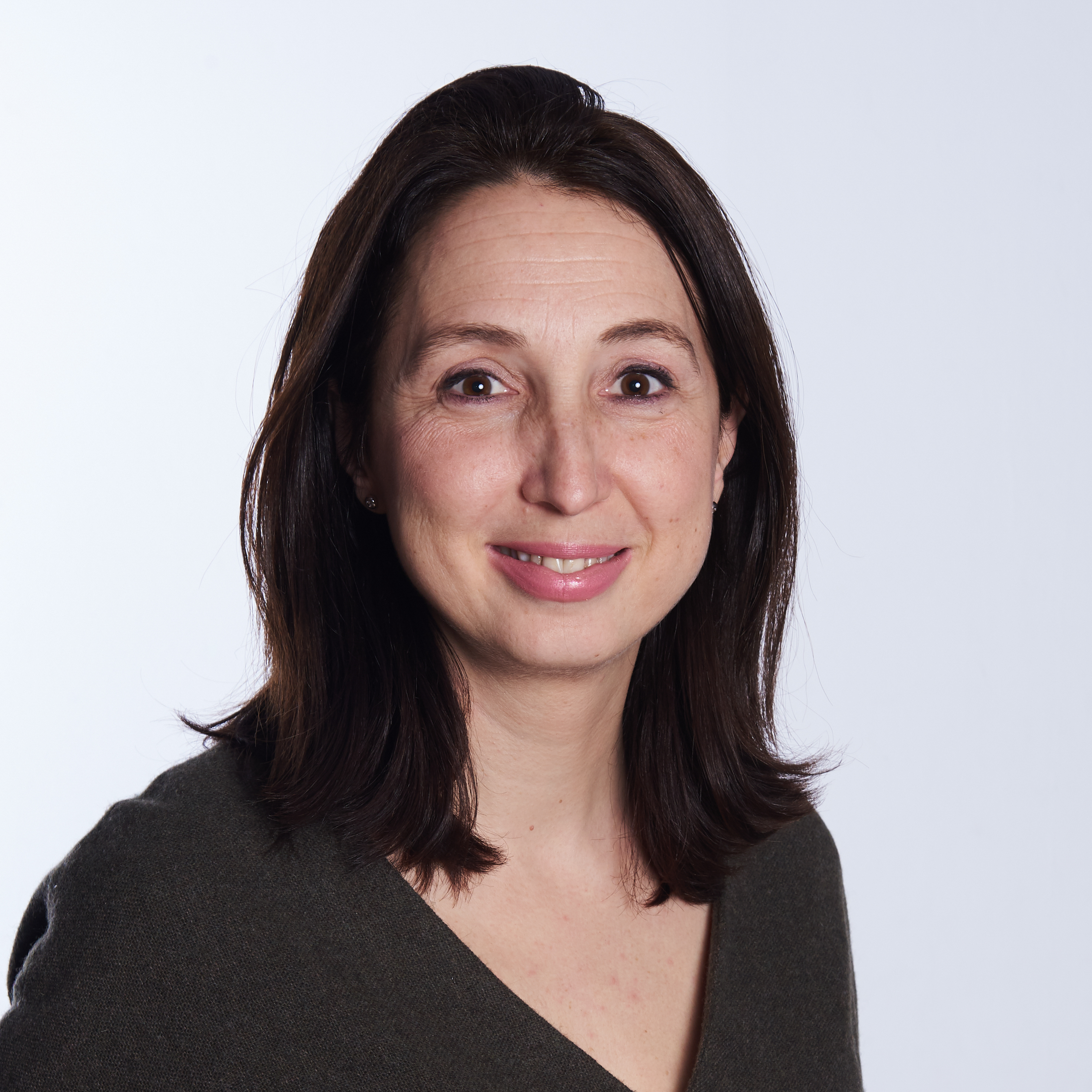 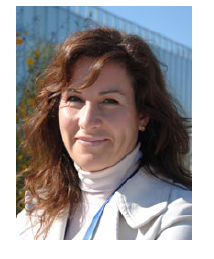 In the past few years, groups of air controllers and engineers have defined and developed the feature that allows information from aircraft to be integrated into our system, thereby addressing both operational needs and specific recommendations pertaining to operational safety.

This is a SESAR Deployment Manager and INEA co-funding project, named 2016_036_AF Deployment of SACTA-iTEC: Deployment of Mode S DAPs (Downlinked Aircraft Parameters), as an enabler for 4D trajectory improvements and alerts enhancements.

In the summer of 2018, the radar label with information on "Indicated Airspeed/Mach Number", which comes from the aircraft information provided by Mode S, was incorporated into the displays at our control centres. The remaining Mode S information required operationally and that is processed by the system was evaluated last year by air traffic controllers, and the requested improvements were implemented and developed and made available at the start of the year.

Although everything was ready to be validated with controllers at ENAIRE's facilities in May 2020, the current situation caused by COVID-19 led us to explore different options. It is in times of crisis when creative ideas emerge, driven by large organisations like ENAIRE.

ENAIRE's aim was to keep our personnel safe at all times while making advances in those processes that would allow us to have access, in our En-Route centres and TMA, and as quickly as possible, to the information taken from aircraft for the purpose of automating air traffic control.

Once the state of emergency was declared and the lockdown was imposed, the Automation Division of ENAIRE's Systems Office implemented a work method so that its engineers could continue testing the air traffic control system at ENAIRE's Testing and Development Centre (CED, in Spanish acronym) remotely.

In the meantime, the ATM Development and Implementation Division, which is responsible for coordinating the validation activity, decided to analyse the possibility of doing this operational validation remotely by using the connection to the CED's SACTA system test simulator. A two-phase validation was proposed: an initial, remote phase for training and familiarisation, and a second, on-site phase involving a final check in the control positions when possible.

As a result, ENAIRE's Automation and ATM Development division, as well as the group of air controllers that had defined the functionality (SACTA iTEC Operating Group), began work to carry out the first remote validation at our company. 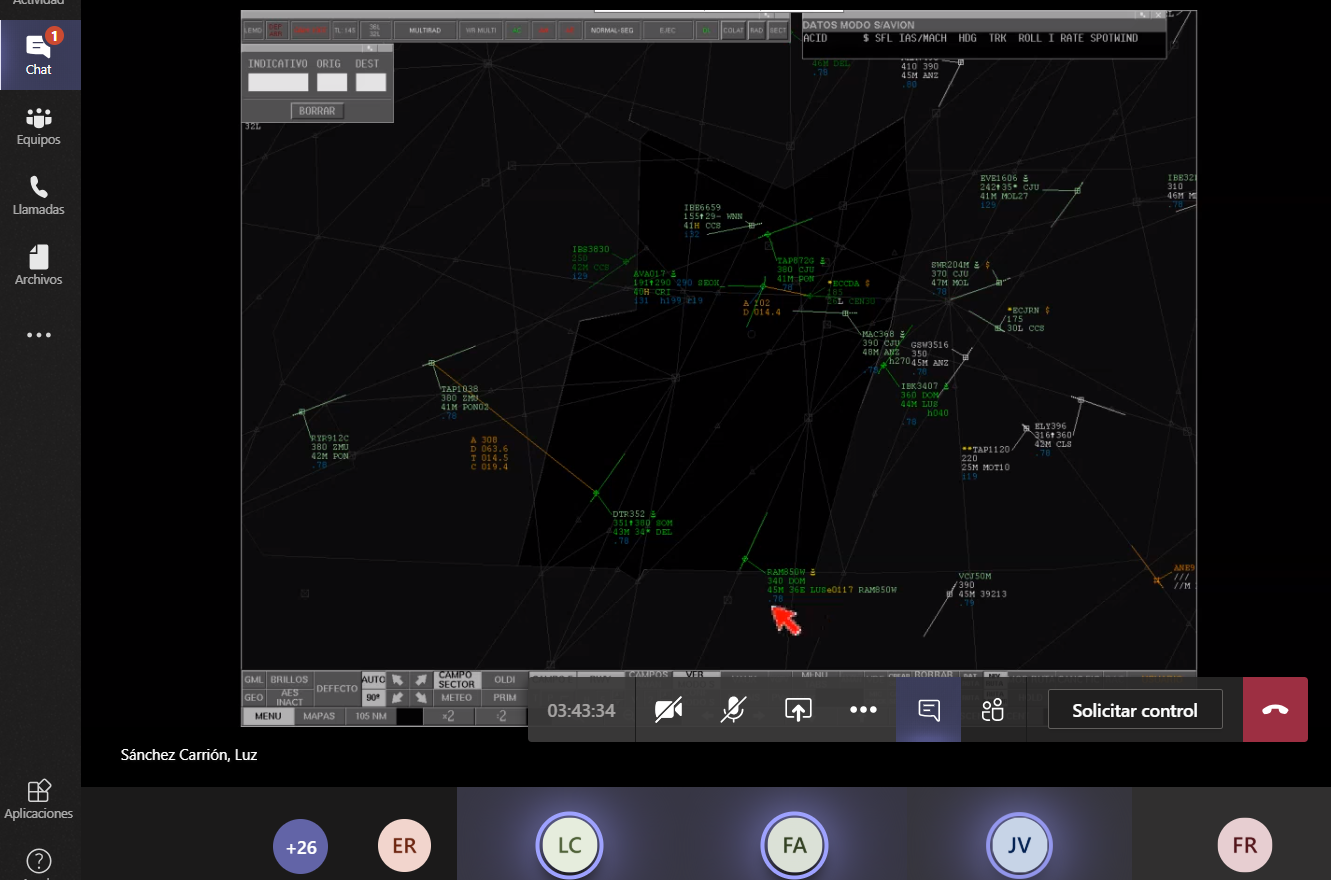 For three days, five controllers from the Madrid, Barcelona, Canary Islands, Seville and Palma Air Traffic Control Centres, together with engineers and controllers from various ENAIRE units, took part in the validation.

On the first day, the controllers in the validation group received operational training on the functionality to be validated, the scenario and the exercises via Microsoft Teams. This training was provided by members of the SACTA iTEC Operating Group, who were intimately familiar with the functionality, having previously defined it.

The following day, the controllers were introduced to the changes made to the SACTA system and took part in simulation exercises in which they interacted remotely with the system.

On the last day, in addition to doing additional simulations, the controllers in the validation group issued their assessment of the maturity of the functionality and of its readiness to be implemented in ENAIRE units.

The validation was a success, the result of weeks of thorough preparation, planned and executed by some great professionals focused on the goal of achieving it.
This remote activity allowed practically all ENAIRE units from different parts of Spain to take part in the process, contributing with their comments from their homes, without having to travel. At peak times, more than 70 people were involved, simultaneously observing the validation process, something that would have been difficult to set up in other circumstances.

This first remote experience makes using this method viable in the future to learn about features, operational tests and more, thus opening new and various possibilities for ENAIRE.

The functionality validated remotely, SACTA 4.0 DAPS Functionality: Downlink Aircraft Parameters Mode S is expected to go into operation over the coming year, following the on-site verification at the control stations and the associated safety and training processes.

This advance will allow En-Route and TMA controllers from any ENAIRE control centre to have the actual, updated data that an aircraft sends to the ground system, such as: indicated airspeed, ground speed, the flight level set by the pilot, course, track and roll angle.

ENAIRE is thus improving reliability and reducing any uncertainty in identifying an aircraft and its track. Also, by displaying these data at the controller's post, it will reduce and alleviate the number of oral communications required of air controllers. This new functionality will also bring improvements to the future monitoring tools that will be available to controllers (improved compliance alerts, tactical MTCD, etc.), providing warnings of conflicts and deviations from clearances, enhanced situational awareness and early detection of errors, thereby strengthening operational safety barriers.

We thank all those who made the activity possible by giving their best in both the preparation and execution of this pioneering validation.

Head of the Department of Systems Specification and Operational Validation