In August, ENAIRE managed half as many flights as it did in the same month last year

The number of flights managed by ENAIRE in August recovered significantly from the previous months, which were affected more by the COVID-19 pandemic. Despite this trend in August, the figures are showing a new drop in air traffic. Last August, Spain's air navigation manager handled 106,945 flights, 51.1% less than in the same month in 2019, which indicates a recovery of almost half the traffic recorded over the same period in the previous year. 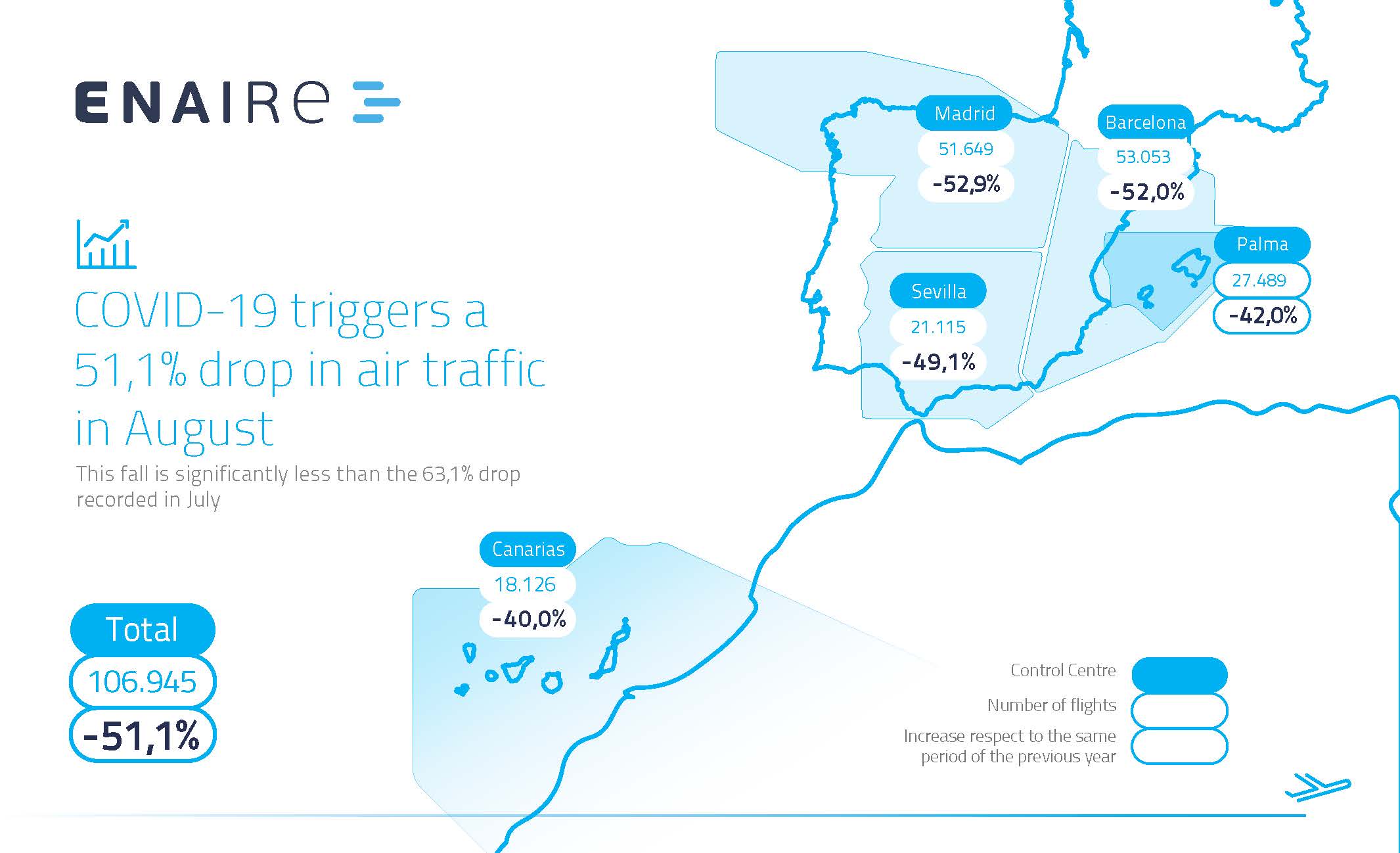 The effects of the pandemic have had an impact on the traffic managed by ENAIRE, as detailed in the table below: 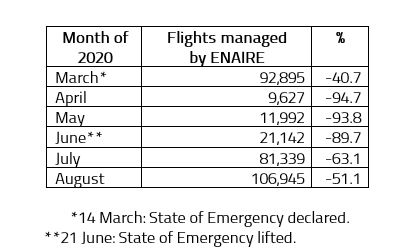 The average drop in flights in Europe (-51.5%) was higher than in Spain in August.

Recovery plan for air navigation services
ENAIRE is executing a plan to recover air navigation services based on traffic growth forecasts received from the Manager of the European Network, and in full cooperation with said European agency, in order to standardise operational criteria with a view to returning to pre-pandemic flight levels and that also considers health promotion and service continuity criteria.

This Plan provides for a recovery of air traffic control operations in stages based on the expected demand and scheduling criteria in order to efficiently use the available resources.

Delayed collection of route charges from airlines
Mindful of the historically exceptional nature of the situation we are experiencing, ENAIRE is exercising responsibility and solidarity by deferring the collection of the route fees it charges airlines until November.

About ENAIRE
ENAIRE is the company of the Ministry of Transport, Mobility and Urban Agenda that manages air navigation in Spain. It renders aerodrome control services at 21 airports, including the busiest in terms of air traffic, plus en-route and approach control, from five control centres: Barcelona, Madrid, Gran Canaria, Palma and Seville. In addition, ENAIRE provides communications, navigation and surveillance services to 45 air control towers.