The air traffic management measures adopted by ENAIRE in 2019 allowed airlines to save 8.6 million nautical miles, which resulted in saving 95,000 tonnes of fuel and avoided the atmospheric emission of 298,000 tonnes of CO2, just through direct routing (flights shortened by controllers). So said José Antonio Aznar, head of ENAIRE's Quality and Environment Division at the virtual seminar on the Decarbonization of Aviation.Perspectives for aeronautical research in Europe. 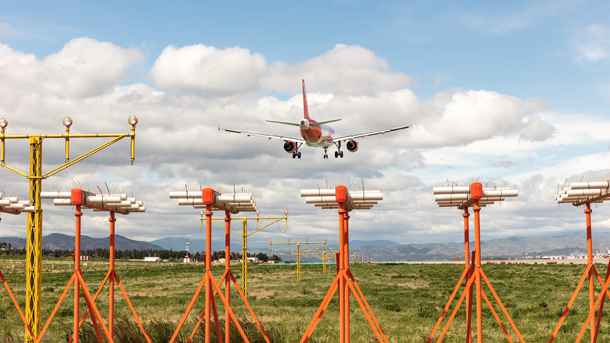 In his presentation (Focus on operations, the point of view of ANSP and airlines), Aznar underscored some of the main measures taken by ENAIRE in recent years to increase flight efficiency and help fight climate change, most notably:

- Authorisation of direct routing: the controller gives pilots a change in the planned flight path to make it shorter and more efficient.

- The use of continuous descents: making it possible for flights to descend continuously instead of in stages, as is usually done today (step-down).

In his presentation, José Antonio Aznar stated that, through these and other measures, ENAIRE has managed to reduce the en route flight distance of 58% of the aircraft that operate in our airspace, and caused the excess taxi-out (time between when the tower controller instructs the pilot to proceed to the take-off area and the actual take-off) at the main Spanish airports to be among the lowest in Europe.

The event, organised by the Polytechnic University of Madrid (UPM), was attended by representatives of Portugal's Advanced Technical Institute, the National Aviation University of Ukraine and the UPM itself.