At its meeting today, ENAIRE's Board of Directors was informed of the new update to the air traffic control system at its control centres in mainland Spain, the Balearic Islands and the Canary Islands. This version, called "SACTA-iTEC 4.0", allows functional improvements to be phased in that will make the work of air traffic controllers easier.

SACTA is the core tool used to provide air traffic management services. It is an application that is used to manage and separate aircraft in real time, ensuring traffic flows smoothly.

Version 4.0 is the first one to incorporate components of the European iTEC Alliance, and is intended to yield the most advanced system in Europe in 2025 as part of said collaboration, a system that is consistent with the Single Sky requirements. 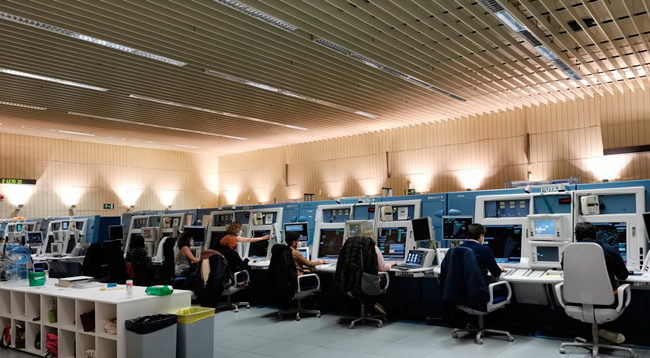 Two years of work and around €8M have been invested so far in developing this version, and an ongoing investment into this system of around €190M is planned from 2021 to 2025.

This new version of SACTA-iTEC allows improvements to be implemented, such as wake turbulence re-categorisation (RECAT), using data obtained through the data link with the aircraft (DAPs), and provides enhancements involving active runways and runway changes to manage arrivals.

In addition, this version lays the foundation for the future incorporation into the SACTA system of elements developed jointly within the iTEC (Interoperability Through European Collaboration) European partnership, such as the Medium-Term Conflict Detection (MTCD) function, whose star component is the Tactical Trajectory Module (TTM), which will carry out the precise calculations needed to detect interactions between aircraft and display them to controllers in a highly ergonomic manner, facilitating their understanding and providing support in conflict resolution.

SACTA-iTEC 4.0 provides a set of features that are aimed at improving capacity and safety in all Tower, Route and Terminal Area (TMA) environments.

The evolution of the air traffic management system (SACTA) is organised into versions so that changes can be phased in, making it easier to incorporate into them into operations. All testing, transitions and start-up are always performed at night, which is when air traffic is lowest.

Data was integrated using DAPs (aircraft data obtained via a data link with the aircraft), a technology that allows the system to use information calculated by the aircraft. This feature provides separation distance markings on final approach based on ICAO wakes or new RECAT wake categorisations.

It also incorporates improvements to support the new Free Route concepts, in which aircraft fly straight from one point to another without following any pre-set airways, and supports the initial deployment of the TTM function between airborne aircraft, based on a precise estimate of future flight paths over a time horizon on the order of 10 minutes.

This system has been implemented at ENAIRE's Control Centres in Barcelona, Madrid, Gran Canaria, Palma de Mallorca, Seville and Valencia, and in Malaga's approach control unit.

ENAIRE is the fourth most important European air navigation service provider, and, in a clear commitment to the Single Sky initiative, belongs to international partnerships such as SESAR Joint Undertaking, SESAR Deployment Manager, A6 Alliance, iTEC, CANSO and ICAO.

ENAIRE is the official provider of aeronautical information in Spain.