ENAIRE, the national air navigation service provider, has lifted the restrictions on a strip of Spanish airspace following the passage of debris from a Chinese CZ-5B rocket.

In response to the uncontrolled re-entry of debris from a Chinese CZ-5B rocket that was in a descending orbit across Spain, ENAIRE, in keeping with recommendations from the European Aviation Safety Agency (EASA) and guidelines from the inter-ministerial group led by the Department of National Security, set up a 100-kilometre wide exclusion strip in the airspace on either side of the space object's orbit.

The uncontrolled re-entry of a large Chinese rocket into the atmosphere was monitored at all times, as is required in this type of situation, by various national and international agencies and institutions that share information: the Space Operations and Surveillance Centre (COVE), the European Aviation Crisis Coordination Cell (EACCC), the European Union Space Surveillance and Tracking (EUSTT), the United States Space Command, the European Space Agency, EUROCONTROL and others.

ENAIRE, AESA and the Emergency Unit of the Ministry of Transport, Mobility and Urban Agenda (MITMA) are part of the work group that is led by the Department of National Security, which also includes the ministries of Defence, Interior, Treasury, Science and Innovation, and the Ministry of Ecological Transition and Demographic Challenge, in accordance with the Protocol drawn up by the Space Safety Information Dissemination Working Group set up by the National Aerospace Safety Council.

The purpose of this protocol is to establish coordination and cooperation mechanisms, as well as streamlined communication channels to ensure the integrated operation of the National Security System, and the timely release of space safety information to the different organisations responsible for aerospace safety, without prejudice to the functions that correspond to the Crisis Management Situation Committee.

This inter-ministerial group is activated if the alert likelihood grows to certain or expected (which does not necessarily mean that an impact is certain), and it may impose temporary restrictions on the use of airspace in certain air corridors for safety reasons as recommended by EASA, measures that ENAIRE implements if so decided by the inter-ministerial group. 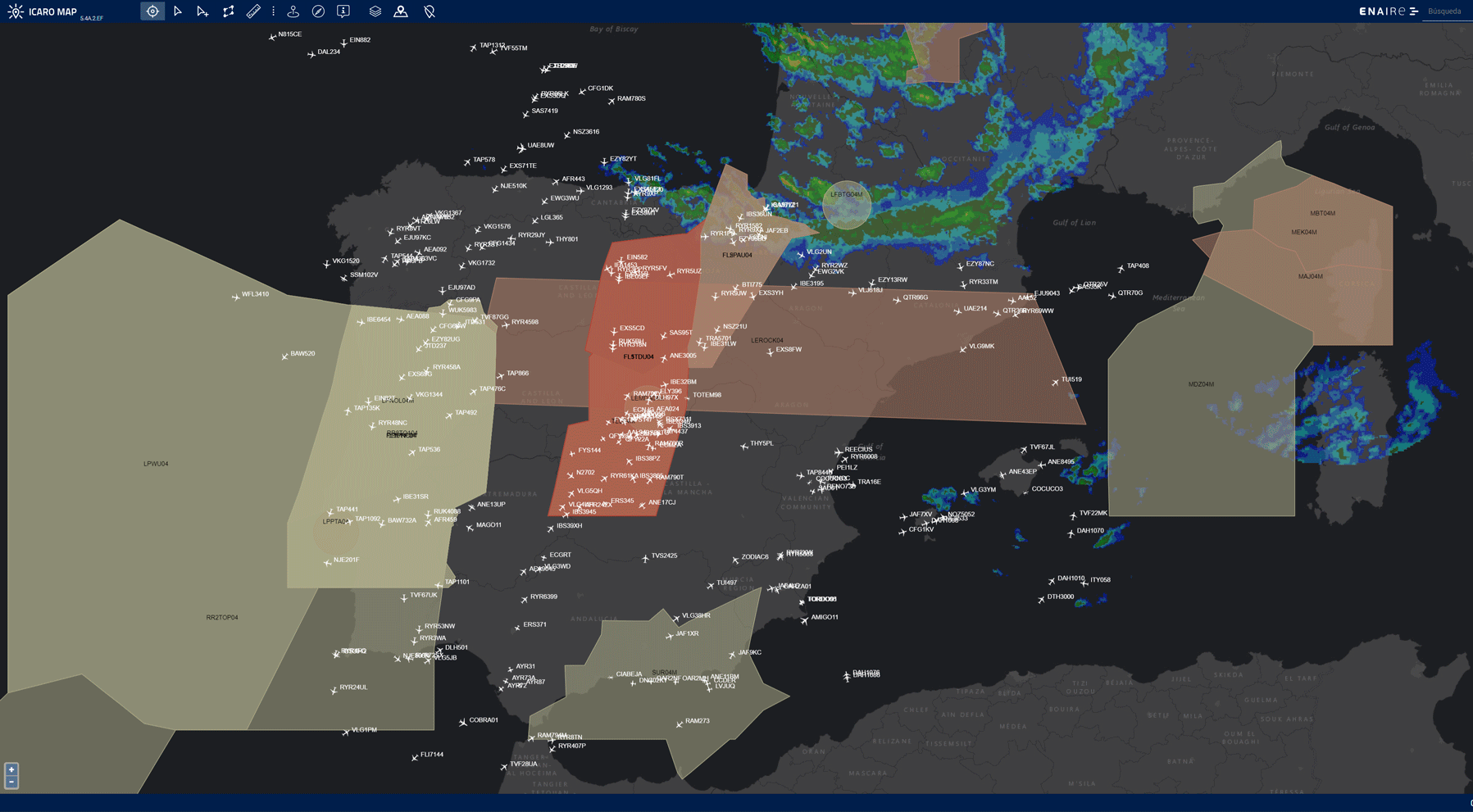 ENAIRE is Europe's fourth largest air traffic manager. Since 1 January 2022, it has chaired the A6 Alliance, a coalition of air navigation providers responsible for over 80% of European air traffic, and which is seeking to modernise the air traffic management system. It is also a member of other international alliances promoting the Single European sky, such as SESAR Joint Undertaking, SESAR Deployment Manager, iTEC, CANSO and ICAO.

ENAIRE, as the agency appointed by the Ministry of Transport, Mobility and Urban Agenda to implement the U-space system in Spain, will be the provider of the Common Information Services (CIS), which are essential for administering U-space services to drones and Urban Air Mobility, in interaction with local air traffic control services, so that all types of aircraft can fly safely in the same airspace.

ENAIRE has received the highest score in Europe on the aviation safety key performance indicator. It has also been awarded the EFQM 500 Seal for its safe, efficient, innovative and sustainable management of air navigation services.