Tomorrow, ENAIRE, Spain's air navigation provider, will be placing into service a new state-of-the-art radar in the town of Valdespina, in the province of Palencia. This facility provides coverage and surveillance for flights in the north of the peninsula and adds to the radar network in that area. In total, it will monitor airspace within a radius of approximately 215 nautical miles (equivalent to an area of about 500,000 km2).

This new radar, which provides service to ENAIRE's Air Control Centre in Madrid, replaces the previous secondary radar, which was installed in 1999. This represents an investment of €1,695,000.

This secondary radar is equipped with digital receivers and Mode S technology, which enable it to receive further information on in-flight aircraft, thereby helping to optimise traffic management and increase safety. These types of radar are used to monitor and control traffic, as they provide information on the position of each aircraft, their identification and flight altitude, locating and identifying all types of aircraft operating within radar range. 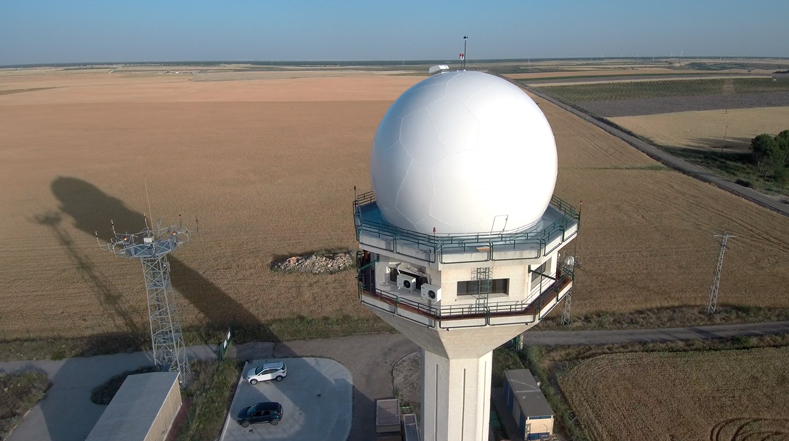 In addition, this radar incorporates a redundant Automatic Dependent Surveillance-Broadcast (ADS-B) station, which allows the position of aircraft to be obtained based on the information they broadcast through their on-board sensors. This feature will ensure that surveillance information remains available in the future in the event of a mechanical failure of the radar station.

This ADS-B station has been co-financed by the European Union's Connecting Europe Facility, as part of an ADS-B surveillance implementation project presented by the air navigation service providers of Spain (ENAIRE) and Portugal (NAV Portugal).

This radar joins the sixteen other Mode S radars already installed in Spain, and rounds out the coverage provided in the north of the peninsula.

The installation of this new radar will help boost ENAIRE's international reputation as a leading Air Navigation Service Provider in the field of surveillance, in line with European requirements to progressively implement the latest technologies aimed at improving air traffic management in Europe.