ENAIRE's Control Centre in Barcelona managed 110,407 flights in July, an increase of 1.6%

Overflights (those not flying to or from the East of the Spanish mainland) exhibited the highest growth in July at 10.3% (1,031 more than in the previous year).

Domestic flights went up by 3.3% This increase is mainly due to the alternative routes that ENAIRE is absorbing to mitigate the effects of the shortage of air traffic management capacity in some European countries. Spain, through ENAIRE and in coordination with EUROCONTROL, is taking over the management of additional flights diverted from alternative relief routes, thus helping to reduce the impact that delays in congested areas have on the European network as a whole.

ENAIRE's Air Control Centre in Barcelona manages a 300,000-square-kilometre airspace comprising Catalonia, Valencia, and parts of the regions of Murcia and Aragon; as well as a large area of Spanish Mediterranean territorial waters. The Barcelona and Valencia terminal areas (TMA) fall within its radius.

Cumulative from January to July 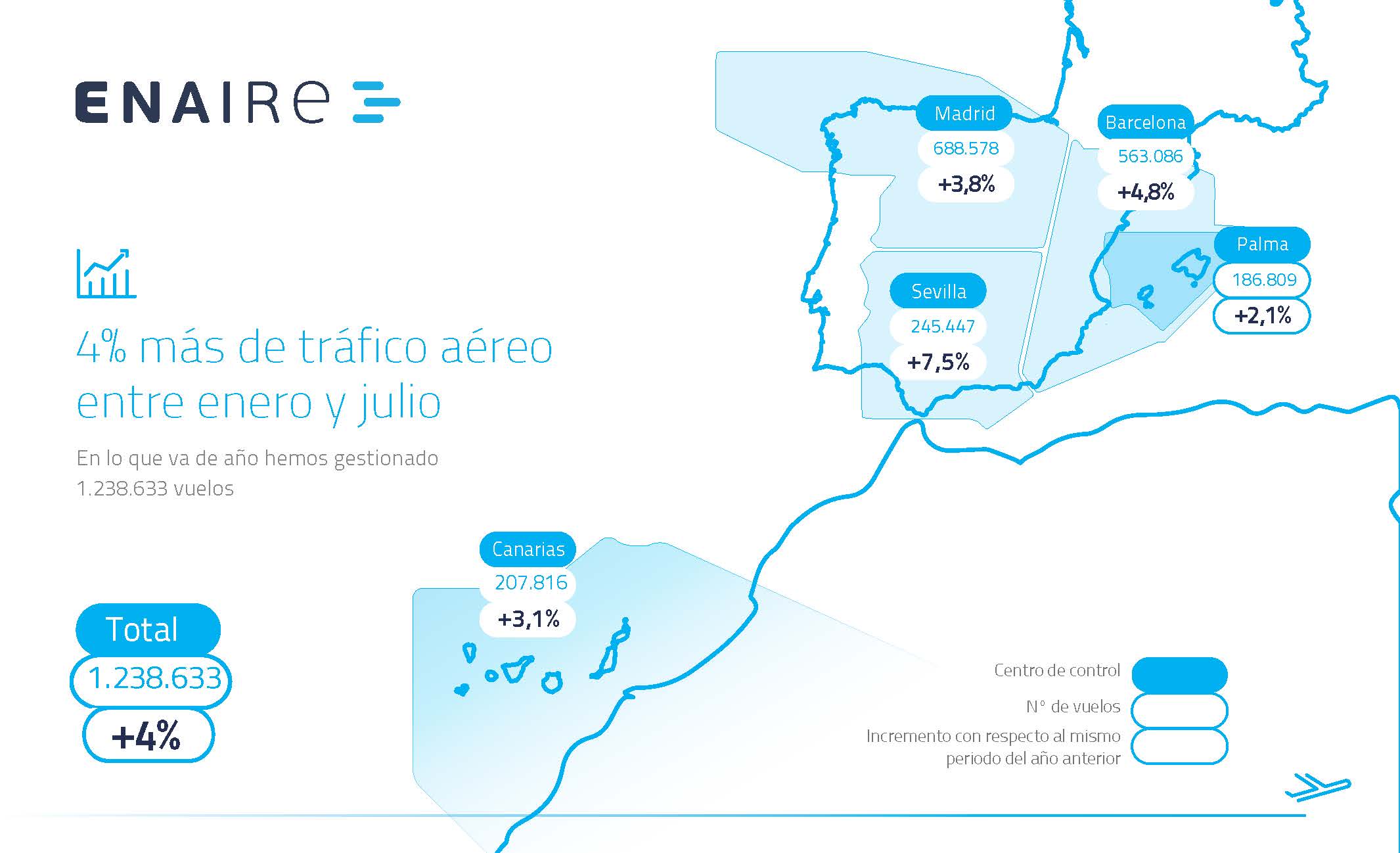