Domestic flights (38,354) showed an increase of 3%, as did overflights (42,340), which are those that do not take off from or land at a Spanish airport; but international flights, which are the most numerous (122,700), fell by 0.6%, with the consequent impact on total traffic, which is slowing down. Even so, traffic in Spain continues to grow above the European average (+0.5%).

ENAIRE has experienced non-stop traffic growth for the past 72 months, i.e. 6 years.

Accumulated data from January to September 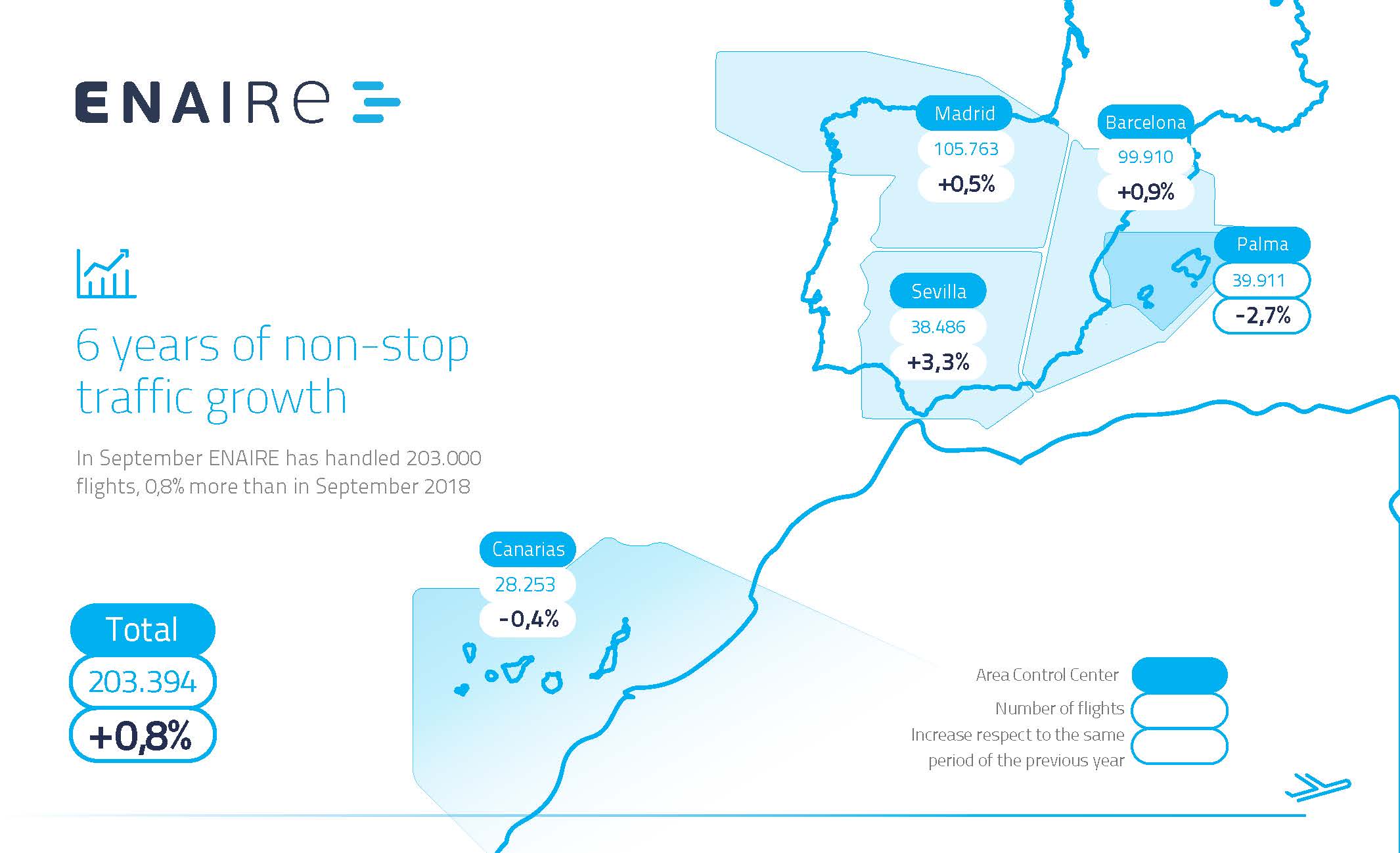