ENAIRE Foundation and "La Caixa" Foundation have reached a partnership agreement that will see two of the most valuable works in ENAIRE's collection of contemporary art, La cala encantada, by Joaquim Mir, and Tormenta en la playa, by Anglada-Camarasa, become part of an exhibit that is opening its doors to the public today at the CaixaForum in Palma. This cultural alliance will also allow for long-term joint projects and initiatives to be hosted at the future home of the ENAIRE Collection in Naves de Gamazo in Santander.

These works from the ENAIRE collection, which are on long-term loan (until December 2021), were previously housed in the conference room at the Palma Airport, and were relatively unknown to the general public. With this new exhibit, visitors to the show can enjoy these two paintings, together with outstanding pieces from the "La Caixa" Foundation. 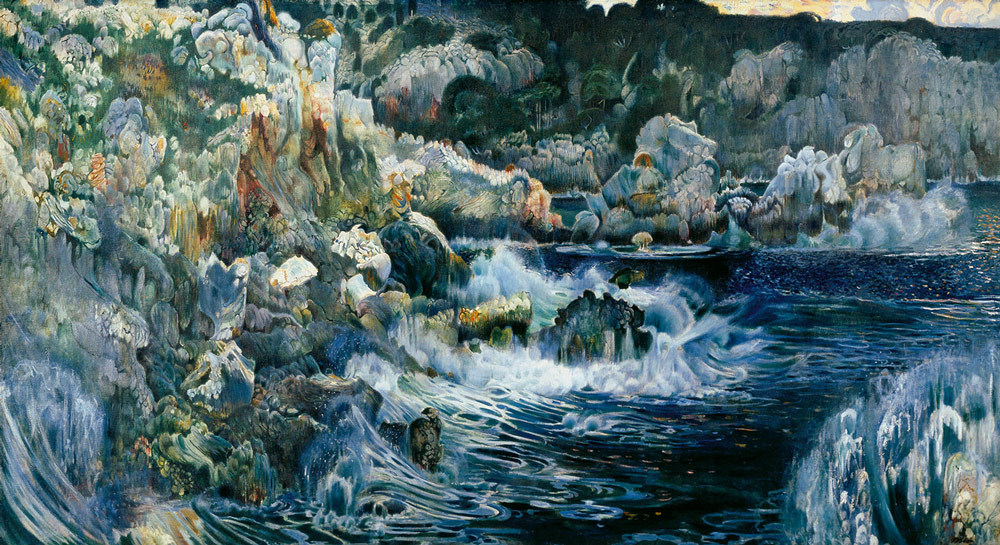 Joaquim Mir's La cala encantada is the result of the artist's stay in Mallorca between 1900 and 1904. On the island, the painter developed a very personal interpretation of the colour blue. Commissioned by the architect Lluís Domènech i Montaner, the dining room of the Grand Hôtel de Palma (the current home of the CaixaForum) was decorated with panels by Mir and Rusiñol. In 1901, Mir discovered an inspiring place in Deià and created three versions of this painting. The one on display in the current exhibit, which is part of the ENAIRE Collection, shows a panoramic view of the Cala de Sant Vicenç. 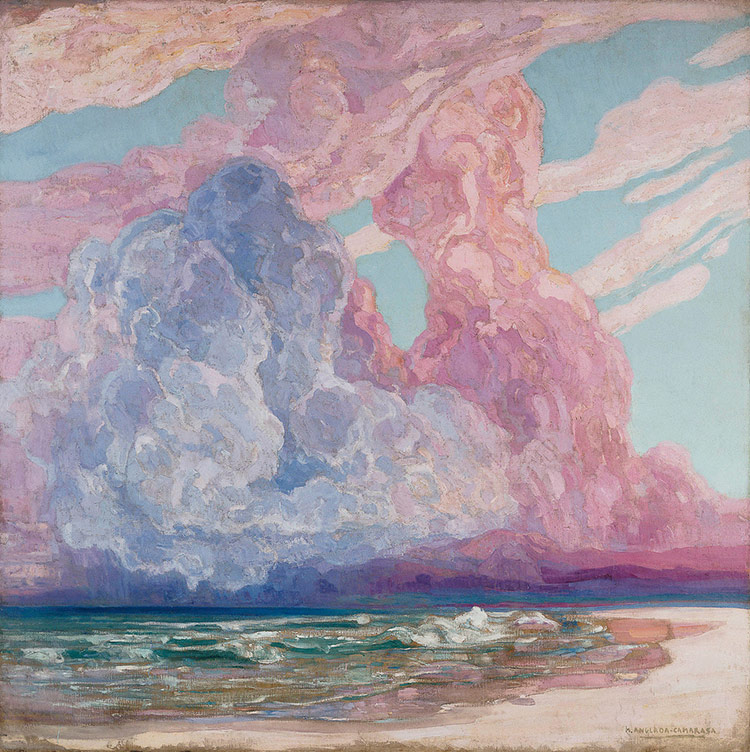 Hermenegildo Anglada-Camarasa was born in Barcelona in 1871 and educated in Catalonia and Paris. He became one of the most internationally acclaimed painters at the turn of the century. From 1900 on, his work, which emerged under the umbrella of Post-Impressionism, set a new standard. Following the outbreak of the First World War, Anglada-Camarasa took refuge in El Port de Pollença and, from Mallorca, developed a new creative outlook, painting lyrical landscapes and colourful scenes that became the main motif in his works.

The selection of paintings by Anglada-Camarasa on display provide an insight into the decorative, almost scenic, qualities of some of his works, and the visual impact of his landscapes. On the one hand, the great oil paintings Valencia and El tango de la corona highlight the discovery of Spanish folklore themes starting in 1904. On the other hand, the landscapes Atardecer en la bahía de Pollença, Tras la tormenta and, in particular,  Tormenta en la playa, the last of which is in the ENAIRE Collection, dialogue with La cala encantada to form an exceptional grouping that offer a glimpse into the exceptional degree of originality of landscape painting in Mallorca in the first half of the 20th century.

In addition to the exhibit at the CaixaForum in Palma, this cultural alliance between ENAIRE Foundation and the "La Caixa" Foundation will allow for long-term joint projects and initiatives that will be hosted at the new home of the ENAIRE Collection, which will open its doors in Naves de Gamazo in Santander in mid-2021.

The work of ENAIRE Foundation

ENAIRE Foundation is a cultural organisation linked to ENAIRE. Its objectives include the fostering of aeronautical culture and the preservation, expansion and spreading of ENAIRE's artistic heritage. This heritage comprises a notable collection of Spanish and Ibero-American art, spanning from the second half of the twentieth century to the present day. It encompasses more than a thousand paintings, sculptures, photographs, graphic art pieces, works on paper and multimedia artworks.