ENAIRE managed 748,593 flights in the first ten months of the year, 59.6% less than in the same period last year. This drop in air traffic, which is affecting not only Spain but Europe as a whole, was caused by the effects of the COVID-19 pandemic.

The distribution by type of flight is 52% international, 26% domestic and 22% overflights.

The effects of the pandemic have had an impact on the traffic managed by ENAIRE, Spain's air navigation manager, as detailed in the map below: 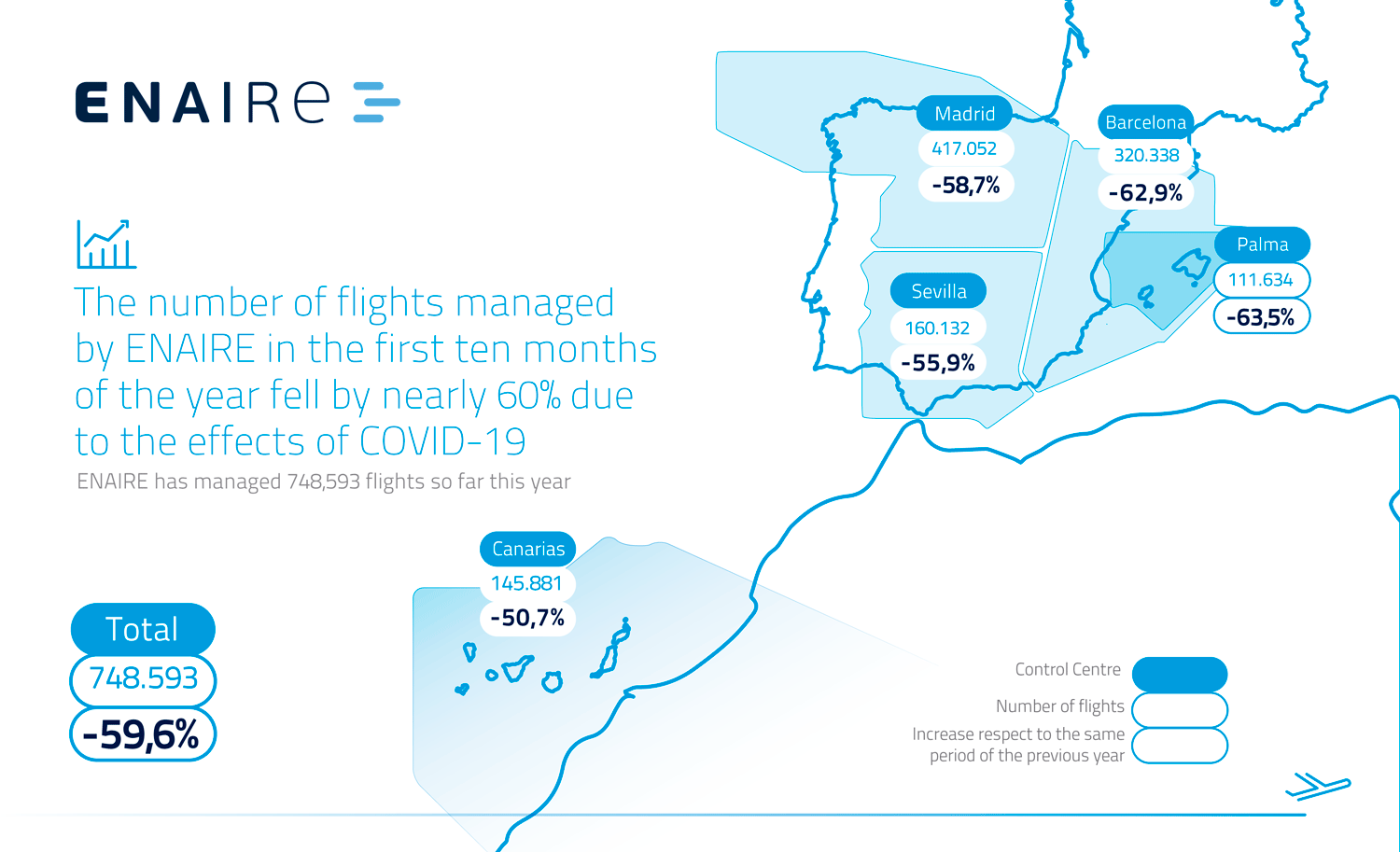 All ENAIRE control centres reported drops in traffic from 1 January to 31 October, with the Canary Islands, Seville and Madrid centres reporting the lowest decreases.

ENAIRE is executing a plan to recover air navigation services based on traffic recovery forecasts received from the Manager of the European Network, and in full cooperation with said European agency, in order to standardise operational criteria with a view to returning to pre-pandemic flight levels and that also considers health promotion and service continuity criteria.

This Plan provides for a recovery of air traffic control operations in stages based on the expected demand and scheduling criteria in order to efficiently use the available resources.

Mindful of the historically exceptional nature of the current situation, ENAIRE is exercising responsibility and solidarity by deferring the collection of the route fees it charges airlines until November.