The Spanish Association of Air and Space Law (AEDAE) has appointed ENAIRE as an Honorary Member. AEDAE is a non-profit organisation that is tasked with studying, promoting, updating, disseminating and advising on Air and Space Law. 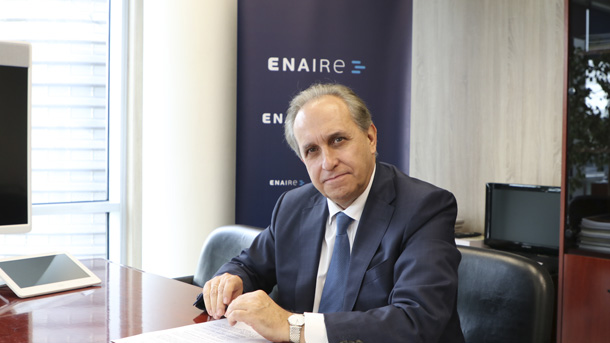 ENAIRE's CEO, Ángel Luis Arias, accepted this honour on behalf of Spain's air navigation manager. Arias views the honour bestowed by AEDAE "as the result of the positive results obtained in our joint collaborations in recent years to disseminate and advance our knowledge of aerospace culture".

"I am grateful for this distinction offered to ENAIRE by AEDAE, through its president Elisa González Ferreiro, which will further the existing partnership in matters and activities relating to aerospace and that, without a doubt, will bring benefits to both institutions and to Spain's air transport system as a whole", noted Ángel Luis Arias.

The activities carried out by AEDAE include the 1st Legaldrone Conference, held on 28 and 29 March 2019, in concert with the Universidad Complutense de Madrid, and the virtual conference on "Remote towers at airports and their viability in Spain" (26 November 2020), organised with the Universidad Pontificia Comillas, both of which featured ENAIRE.