As part of the initiatives in its improvement plan, ENAIRE is optimising the separation distance between aircraft at Josep Tarradellas Barcelona-El Prat Airport to increase air traffic management capacity

ENAIRE, the national air navigation service provider, has completed its activities to certify the implementation of new criteria for separating consecutive arrivals at the Josep Tarradellas Barcelona-El Prat Airport. The result is an increase in air traffic management efficiency by optimising the separation between aircraft in the Approach Phase.

The actions of this initiative fall within ENAIRE's ATENEA Plan, which is part of its BCN a PUNT programme

This improvement has led to a series of operational changes affecting not only the airport, but also much of the airspace managed by ENAIRE's Control Centre in Barcelona.

This new reduced separation between aircraft will only be used when certain conditions apply, such as visibility greater than ten kilometres, the runway is dry and has good braking performance, and there are no reports of storms, strong winds or other circumstances that increase the average runway occupancy time.

In addition, at least one of the following three systems will have to be available: surface radar (SMR), multilateration system (MLAT), or a surface movement guidance and control system (SMGCS).

To increase safety, dual communications are being introduced between all the controllers involved in activating and deactivating the new procedure, both in the tower and in the Barcelona Control Centre.

This optimised distance between aircraft at the Josep Tarradellas Barcelona-El Prat Airport is one of the air traffic improvements that ENAIRE is currently implementing as part of its commitments to the BCN a PUNT initiative, which includes various actions by ENAIRE as part of the ATENEA Plan, intended to improve future operations at the Barcelona airport. 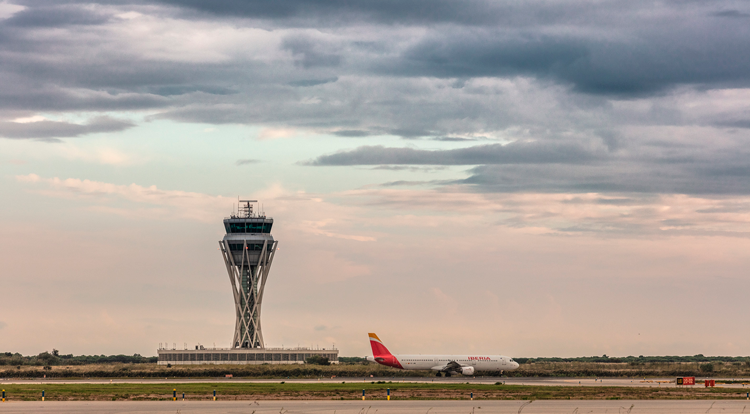 ENAIRE is the fourth most important European air navigation service provider, and, in a clear commitment to the Single Sky initiative, belongs to international partnerships such as SESAR Joint Undertaking, SESAR Deployment Manager, A6 Alliance, iTEC, CANSO and ICAO.

ENAIRE is the official provider of aeronautical information in Spain.