Month by month, the trend continues as air traffic recovers to pre-pandemic levels. ENAIRE managed over 147,000 flights in September (147,221), which is just 27.6% below the average for the entire network for the same month in 2019, the baseline year for data comparisons, since traffic in 2020 fell to very low levels as a result of COVID-19.

This recovery in the number of flights in Spain is higher than that recorded throughout Europe, which saw a decrease in September of 29.7% with respect to September 2019.

If the flights are compared to those of September 2020, the number is 88.6% higher

A comparison between the flights managed by ENAIRE in September 2021 and those in the same period in 2020 shows an increase of 88.6%. 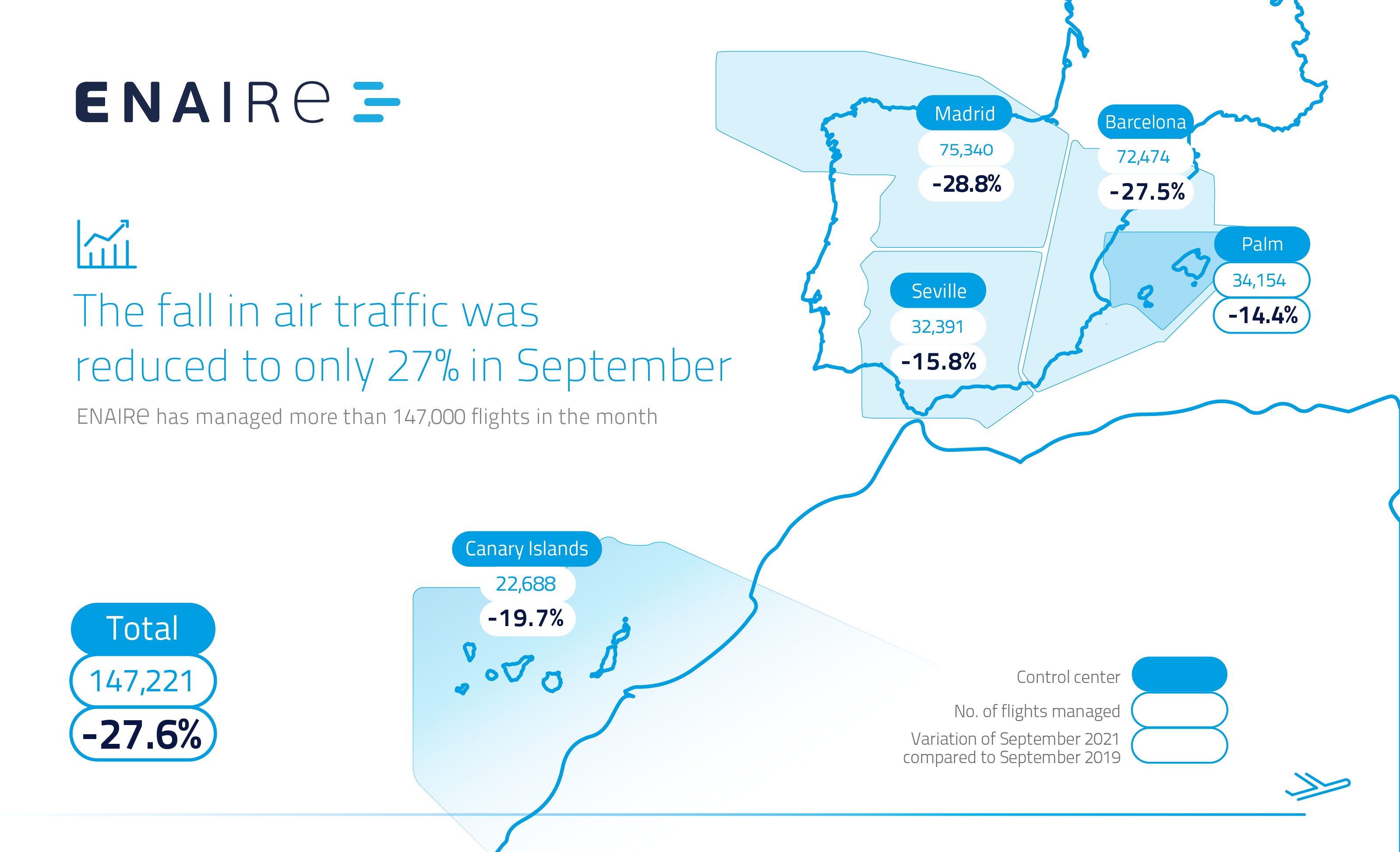 Data from January to September

A comparison of the flights managed by ENAIRE between January and September 2021 with those in the same period in 2020 shows an increase of 17.3%.

So far this year, over half the traffic has been international (51%), 28% domestic and 21% overflights.

During the summer season, ENAIRE implemented a Recovery Plan for Air Navigation Services based on the forecasts it was receiving from the European Network Manager. With this Plan, which ended on 30 September, ENAIRE worked in close cooperation with EUROCONTROL to standardise operational criteria in preparation for returning to pre-pandemic flight levels while ensuring the quality of the services provided.

The Plan allowed air traffic control operations to be recovered in stages, based on the expected demand and scheduling criteria, and the efficient use of the available resources.

ENAIRE lowers its charges to help the sector

ENAIRE has again drastically reduced its air navigation charges in 2021 to speed the recovery of the aviation sector.

Of the 38 countries in EUROCONTROL, Spain, through ENAIRE, is the one that is lowering its route charges the most in 2021, around 8% below the average charge.