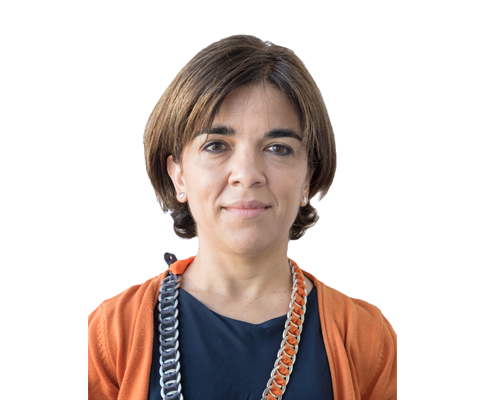 Angélica Martínez Ortega, born in Madrid in 1975, holds a law degree from the Universidad Autónoma in Madrid. She belongs to the Public Inspectorate of State Inspectors and Auditors.

She has over 15 years of experience in the Central Government, having planned, supervised and controlled different areas of public spending, writing reports on economic-financial management policies and procedures and participating in work groups to draft regulations related to different spheres of public expenditure.

She has held various posts in the Central Government’s General Inspectorate: Inspector assigned to the Ministry of Science and Technology, the Spanish Patent and Trademark Office, and General State Audit and Inspection Sub-Division. In the aforementioned post, as Assistant General Manager, she was involved in preliminary legislation supervision, interpreting legislation concerning economic and financial control and that affecting different areas of public expenditure, participating in work groups to draft legislative projects.

From February 2010 to June 2018, she served as Assistant General Manager for the Central Government's General Inspectorate, in charge of preparing and coordinating preliminary procedures to supervise legality in different areas of public spending.

She has also been a member of CETARSA's and RUMASA's Boards of Directors.

She has been Technical Secretary-General at the Ministry of Public Works since June 2018. On July 16, 2018, she was appointed Aena SME, S.A.'s Advisory Consultant on behalf of ENAIRE.