The DOMUS consortium, led by ENAIRE, conducted a public demonstration today, which doubled as a testing laboratory, to ensure that unmanned aircraft can coexist in a safe, orderly and efficient manner with the other 'actors' that use the airspace, such as commercial and general aviation.

This exercise, with an actual drone and manned crew, was carried out in the presence of all consortium members, representatives of the SESAR Joint Undertaking alliance and professionals from the sector, which has extraordinary growth potential. 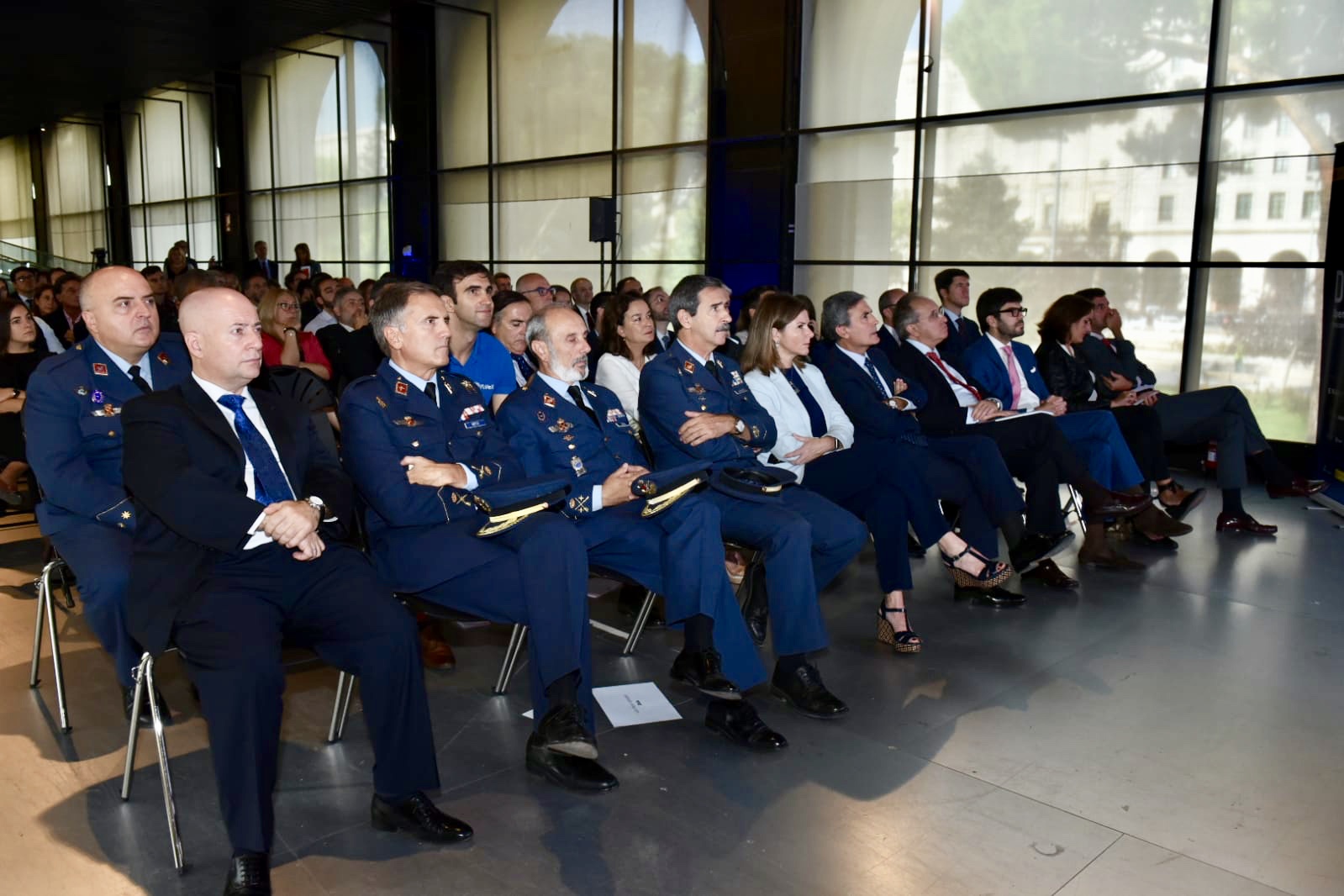 The benefits it will bring to air transport and society

In his speech, the Secretary of State underscored the innovative nature of the project, driven by the combined efforts and knowledge of 17 companies.

17 companies are part of DOMUS, whose proposal was selected and co-financed by the European Union

Pedro Saura also wanted to reiterate the support and involvement of the Ministry of Development with “a pioneering, high-tech initiative that materialises the strength of our country in terms of R&D and, most importantly, that provides a glimpse into many of the benefits it will bring to air transport and to society as a whole".

The European Commission estimates that 100,000 drones will be in the sky in 2020 and that half a million units will be operating by 2050. It is estimated that activities involving unmanned aircraft will generate 100,000 new jobs and reach a turnover of 10 billion euros a year.

The DOMUS Project is part of a European network of U-space demonstrations being held within the scope of the SESAR programme.

The budget for the exercises totals four million euros: half of this is financed by the consortium members and the other half via community funding.

This latest demonstration phase provided an example of the complete integration of drones into airspace. In the case of Spain, the tests were conducted in Jaén and Lugo.

The tests considered various scenarios, such as the use of unmanned aircraft to deliver parcels or in a fire emergency. These uses and applications are just some examples of the endless possibilities and missions that drones can carry out and that need to be integrated into a single system (U-space) that can manage them without any risk to them or to third parties. 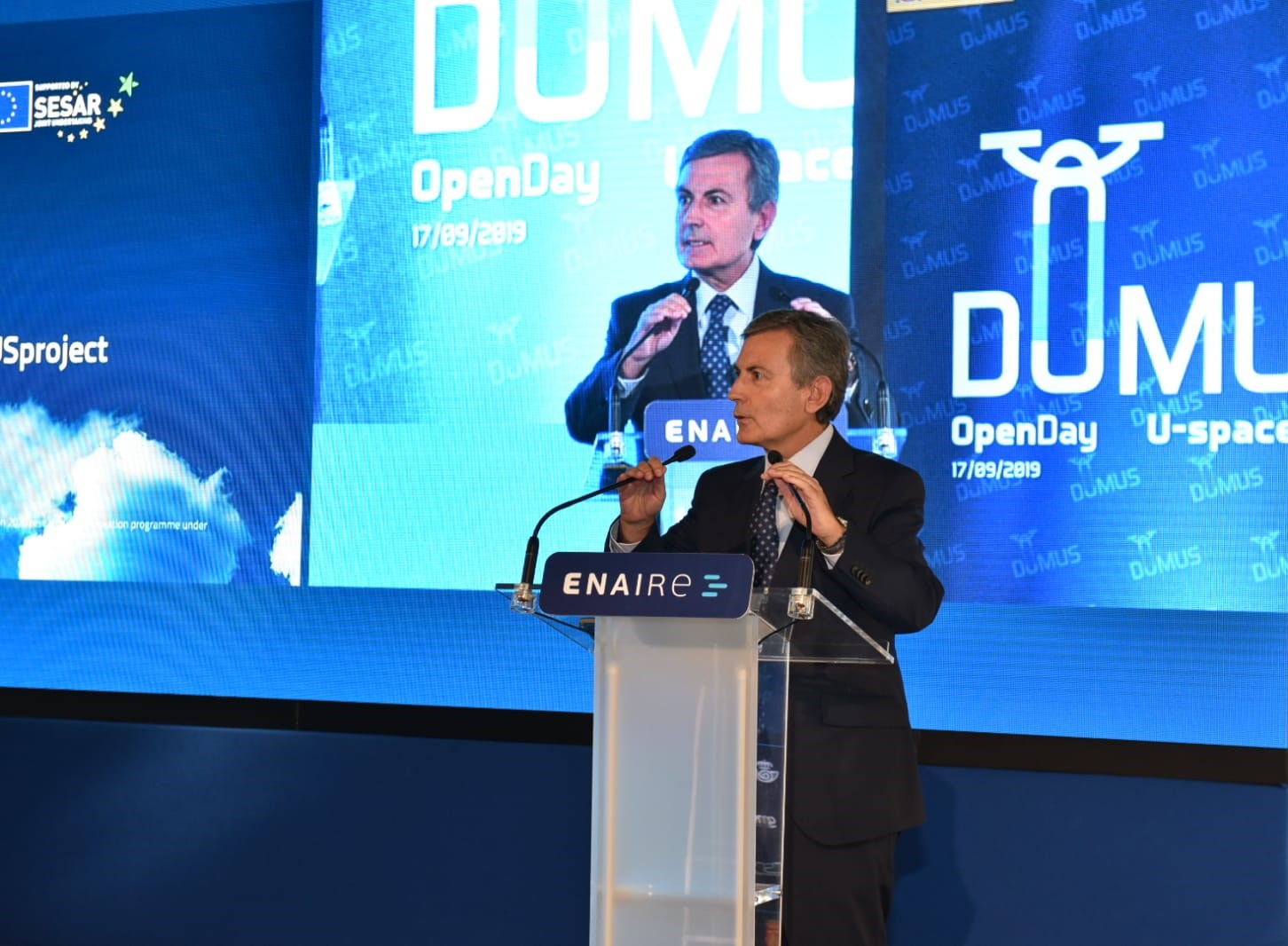 In addition, the operation of a drone in a U-Space urban setting in conjunction with a Smart City platform was demonstrated for the first time in the town of Villacarrillo, in the region of Jaén.

In short, the goal is to ensure that drones can coexist with the other actors that use the airspace, including commercial aviation, which is highly vulnerable in environments near airports, as well as general aviation.

The European Commission's U-space concept will allow for the efficient, safe, autonomous and automated management of beyond-line-of-sight drone operations that take place simultaneously in the same segment of airspace at a low initial altitude, without disturbing, but interacting with, conventional air traffic management.

The Ministry of Development, through the Civil Aviation General Directorate, has developed a drone strategy that covers all areas, from the aircraft themselves to ancillary services, as well as the necessary management of operations.

Together with ENAIRE, the air navigation service provider in Spain, the Ministry has developed an Action Plan for rolling out the so-called U-space services that is fully consistent with the Plan that the European Commission has developed for the automated and computerised management of drone operations.

Companies belonging to the consortium