The Digital Single European Sky, U-Space and Urban Air Mobility are some of ENAIRE's prospects.

At the round table on "Innovation: How to adapt infrastructures to the needs of sustainable air transport", Maurer detailed the projects that ENAIRE is carrying out in the field of urban air innovation, digitisation and mobility.

Joining him at the round table were Jaime Armengol, Mobility City coordinator of the Ibercaja Foundation, and Adrián Muelas, adviser to the Ministry of Transport, Mobility and Urban Agenda's Technical Committee of the General Secretariat for Transport and Mobility.

ENAIRE's Air Navigation Services Director explained that the Digital Single European Sky project is "the ultimate example of integrating new technologies in aviation, as it seeks to modify the current fragmented airspace towards one that is continuous and 'borderless', thus satisfying the future needs of our customers and society in terms of capacity, safety, efficiency and environmental impact".

With regard to drones and urban air mobility, he made special mention of the U-Space project, which seeks to evolve air traffic control towards a more digitised system in which ENAIRE "wants to play an important role in its condition and experience as an air traffic provider using ATM systems", Maurer said.

He also pointed out that the company is involved in a project to "use flight tests to demonstrate the feasibility and benefits of interconnecting airports and vertiports (as these new infrastructures for electric drones and air taxis are known) through the concept of Urban Air Mobility for the transport of people and goods".

Enrique Maurer analysed the factors to consider in this type of project. First is the need to have a flexible regulatory framework that can adapt to the changing sector.

Second is technology, which allows "automatically maintaining separation between vehicles, and a larger number of operations with the highest safety levels", as he indicated.

Third is society's perception, since "it is the future users who will generate the demand that will be needed to make the sector profitable, and that will justify investments in air platforms and in the U-Space infrastructure, while guiding regulatory developments". 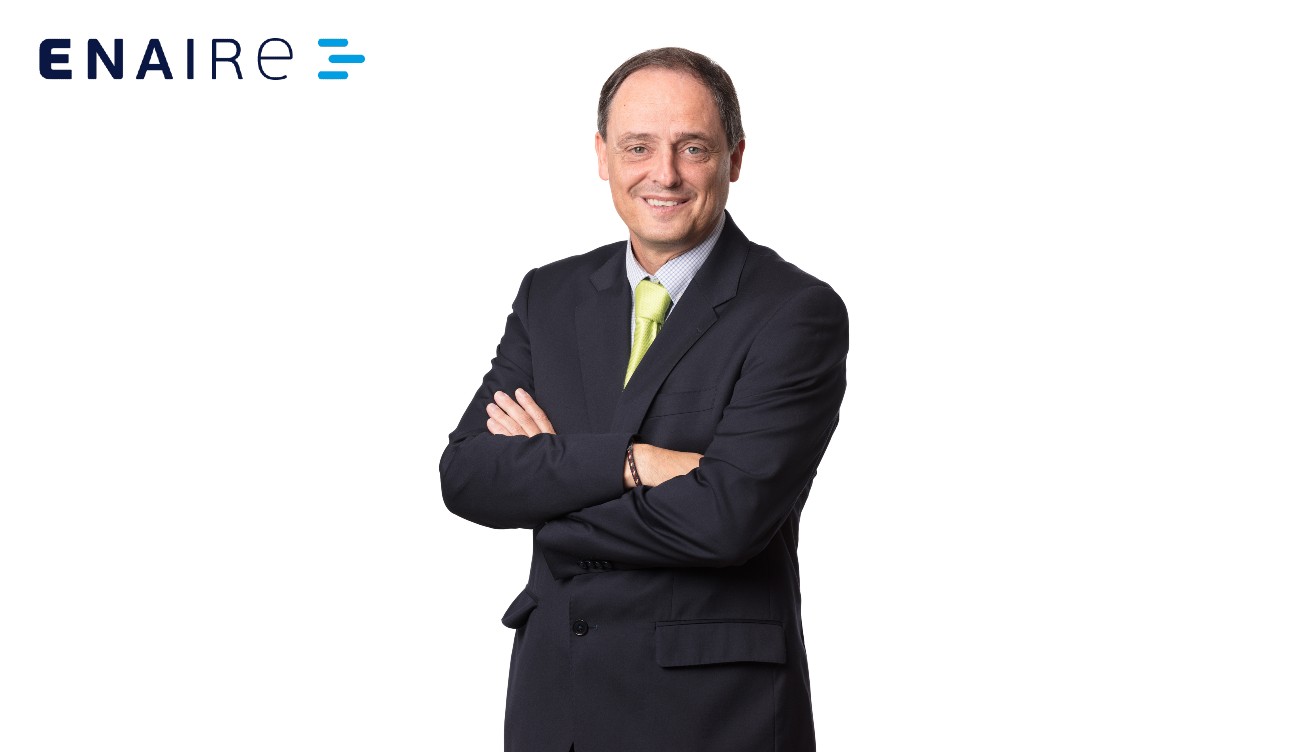 With regard to air navigation, Maurer went over some of the initiatives included in ENAIRE's strategic plan, Flight Plan 2025, which the company is working on.

One of these is the implementation of remote towers, where ENAIRE is designing "a future Digital Tower solution that seeks to better integrate the system with the concept of operations, and that can also yield efficiencies resulting from the digital and remote implementation of multiple units", he said.

Technological solutions to deal with digitisation

In Enrique Maurer's opinion, air navigation is caught up in a "paradigm shift resulting from technological developments, increased automation and digitisation and the globalisation of systems".

Consequently, he explained that "solutions based on satellite navigation, communications and surveillance have taken hold in air transport settings due to the globalisation capacity they offer, leading to a shift in airspace procedures toward performance-based navigation (PBN, precision, integrity, continuity and availability), which allows for a clear improvement in environmental sustainability.