ENAIRE is coordinating unmanned flights of the PREDATOR military reconnaissance, surveillance and intelligence system with the Air Force

As part of a pioneering programme, ENAIRE is coordinating unmanned flights of the PREDATOR military reconnaissance, surveillance and intelligence system with the Air Force. The system is headquartered at the Talavera la Real Air Base in Badajoz.

PREDATOR missions require complex coordination between ENAIRE departments and military units in order to set up operational conditions that minimise the impact on general air traffic and integrate and enable these operations anywhere in our national airspace.

In this regard, ENAIRE and the Air Force are coordinating in order to set up corridors, activation periods, vertical limits and work areas for the system in a way that is safe, efficient and sustainable. Also being coordinated are the potential modifications to the normal operating procedures of air traffic controllers and, depending on this, the need to conduct, or not, the corresponding safety analyses. 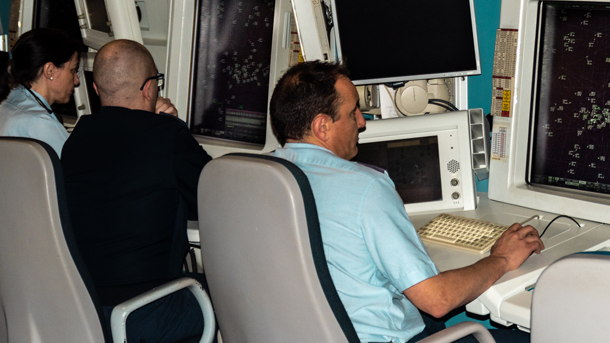 Taking part in this process for ENAIRE are the Operations Division, the Safety Division, the regional offices, the Airspace Management Cell and the Military-Civil Coordination Division.

This process is a first, although in coming years it will be commonplace, as unmanned systems become increasingly present in our airspace.

The missions of the PREDATOR programme entail long-duration flights, lasting as much as 24 hours at altitudes as high as 15,000 metres. This initial phase involves test and training flights.

The Air Force introduced the system in 2019, which consists of several aircraft, ground control stations, satellite stations and technical personnel who specialise in these flights and their operation.