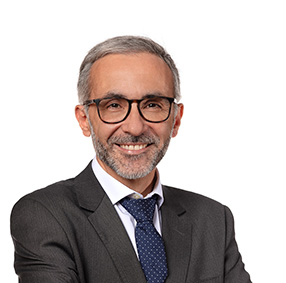 Mariano Gasparet is a journalist who was worked in this capacity at various media outlets, assuming different responsibilities since he graduated from the CEU Cardenal Herrera University in Valencia in 1995. He began his career as a writer at Mediterráneo and then worked as a political correspondent at the ABC office in Valencia, before joining El Mundo in 2005. He was the policy and opinion editor at this newspaper until he became part of the founding editorial staff of El Español in 2015 as section manager.

In addition to being a political correspondent, editorialist and columnist at ABC, El Mundo and El Español, he was a consultant in 2011 for the New Journalism Master's Degree at Valencia International University, a collaborating professor in the Journalism Course at the Madrid School of Writers in 2016 and 2017, and a contributor to several cultural media outlets.

In 2018, he was named communication adviser in the Ministry of Transport, Mobility and the Urban Agenda, and a member of the INECO Board of Directors, positions he held until his appointment as ENAIRE's Communications Director in October 2020.